Are the Chronicles Redundant? 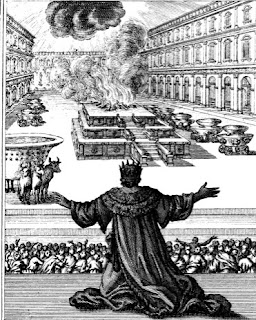 I have just published a brief article at Kuyperian Commentary: Are the Chronicles Redundant? An excerpt:

When I’ve read Chronicles in the past, I’ve sometimes thought that they are redundant, simply repeating what the books of Samuel and Kings had already recounted. In the larger biblical narrative, it feels as though the story, which thus far has been smoothly told from Genesis to the exile, is suddenly interrupted by an apparently unnecessary flashback, taking us all the way back to, well, Adam, the first human being. Then we are treated to a long series of proper names, some of whom are familiar but most of whom are not, leaving us wondering what relevance they could possibly have to the larger story of salvation. What harm would have been done by leaving them out and simply skipping from 2 Kings to Ezra?

In fact, the two books of Chronicles are most important. In the Jewish Bible they come at the very end of the collection, functioning as both recap and capstone, leaving the reader with a sense of expectation and hope. In the Greek Septuagint and the Latin Vulgate, the books are called Paraleipomenon, which implies that the material therein supplements the books of Kings. Yet the Chronicles do not merely fill in the gaps in other books. The Chronicler brings to his work a distinctive emphasis which makes it more than just another historical account.