Citizenship and the kingdom of God

In the midst of his peripatetic activities, my friend Gideon Strauss has managed to come up with another thoughtful post for the Center for Public Justice’s Capital Commentary series: Becoming an American.

This decision [to pursue US citizenship] raises big questions for me: What does it mean to become an American? What does it mean to be an American? Is it possible to fulfill the responsibilities of American citizenship while retaining citizenship in Canada and South Africa, or must those citizenships be relinquished? What is the relationship between the duties of a citizen of the USA and the duties one has to all of humanity—that is, can one be both an American citizen and in some sense a cosmopolitan? And perhaps the biggest question of all: what is the relationship between being a citizen of the USA and being a citizen of the kingdom of God?

This is not the stuff one typically hears from those American Christians who speak too readily of "saving America" or of a supposed American exceptionalism. Yet I can easily resonate with Strauss's questions, given my highest allegiance to the kingdom of God coupled with my subordinate citizenships in two (and possibly as many as four) political communities.

My own view is that, in a federal system, one already owes overlapping and simultaneous political loyalties to municipality, province/state and federation. Moreover, in a complex differentiated society an ordinary person has multiple commitments to such pluriform communities as state, church institution, marriage, family and a variety of voluntary associations. If any one of these claims ultimacy, in effect it assumes an illegitimate godlike status. True, many states may stake such a claim to the citizen's ultimate allegiance, but the Christian's citizenship in these is always a tempered and limited allegiance subject to the higher loyalty to God's kingdom. The just state will recognize this and will refrain from asking more than it should from its citizenry.
Posted by David Koyzis at 10:39 No comments:

My alma mater, the University of Notre Dame, released an Institutional Statement Supporting the Choice for Life on 8 April 2010:

Consistent with the teaching of the Catholic Church on such issues as abortion, research involving human embryos, euthanasia, the death penalty, and other related life issues, the University of Notre Dame recognizes and upholds the sanctity of human life from conception to natural death.

Although this brief statement is fine as far as it goes, one might question the wording of the title. Why "the choice for life" rather than, say, "the defence of life"?
Posted by David Koyzis at 22:30 1 comment:

Love and justice in politics

It is all too common these days to play off love against justice. My friend and one-time colleague Gideon Strauss, now of the Center for Public Justice, has written a marvellous piece that properly draws an intimate connection between the two. It is worth republishing below in full: 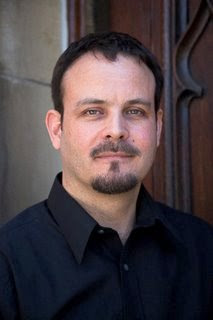 “Justice is what love looks like in public.” So says Cornel West in the movie Call + Response. It reminds me of the kind of thing one of my philosophy professors would say during my university years: that the central divine call to humanity—that is, the call to love—is refracted in the rich diversity of human relationships into a prism of distinct callings: to practice frugality in business, to practice imagination in the arts, to practice justice in politics.

Justice is not something less than love or something other than love; it is the very expression of love when faced with the question of what is due God’s creatures in a particular situation.

Love unites the citizens of a distinct political community, binding them together with a care for both the individual and the common good. It imbues them with a devotion to the constitutional order to which they subject themselves. It burdens them with fealty to those who bear political authority. It grants them the gift of affection for the symbols, traditions and institutions of their particular political community and for the territory that harbors them.

Love calls both those who govern and the governed to consider themselves subject to the rule of law. Love also calls those who govern to exercise their authority with a primary concern for the well-being of those they govern rather than for their own self-interest. Love calls all citizens to submit to and respect the proper authorities.

Love of country at its best is a love for the common good and its expression in a just legal order in a particular place. Such a love is beautiful not only when it commands a willingness to serve the preservation of that good, but also when it provokes a commitment to reform that order wherever injustice persists.

Love happens in politics when justice is done “symphonically.” My understanding of justice has been brought to imaginative life by Jim Skillen’s suggestion that justice is symphonic. That is, doing justice is like writing or conducting a musical symphony, giving each of the various instruments of the orchestra room to contribute their distinctive sounds in such a way that these sounds come together in rich, lively rhythm and harmony rather than a dismal cacophony or a dull monotone.

Love also finds expression in public justice when governments and citizens recognize, and seek to protect and nurture, the proper responsibilities and limits of other kinds of human relationships—relationships distinct from the relationship between a citizen and his government and not dependent on the state for their meaning and purpose.

The Beatles were probably right when they sang that all we need is love. But love is nothing simply. It is a complex and fragile thing—finding one of its richest and most precious expressions in the communal practice of public justice that we call “politics.”
Posted by David Koyzis at 11:56 No comments:

The ‘Oppressiveness’ of Civil Society

What is oppression? According to the OED, to oppress means to “govern tyrannically, keep under by coercion, subject to continual cruelty or injustice.” There is general agreement, at least in the English-speaking world, that it is unjust for a government to infringe on such fundamental freedoms as speech, press, assembly, and religion. But is there something intrinsically oppressive in communities imposing standards on individual members?

Posted by David Koyzis at 22:17 No comments:

For those who care about the future of the church this Wall Street Journal article by Brett McCracken is worth reading: The Perils of 'Wannabe Cool' Christianity. All of us are familiar with churches whose worship services feature bands, jugglers, and other forms of litur-tainment, and whose pastors seek to be cool, from a pop-culture perspective. It's not restricted to North America either, as this skateboarding priest from Hungary illustrates:

But are these gimmicks really going to bring young people back to church? Is this what people really come to church for? Maybe sex sermons and indie-rock worship music do help in getting people in the door, and maybe even in winning new converts. But what sort of Christianity are they being converted to?

In his book, The Courage to Be Protestant, David Wells writes: "The born-again, marketing church has calculated that unless it makes deep, serious cultural adaptations, it will go out of business, especially with the younger generations. What it has not considered carefully enough is that it may well be putting itself out of business with God.

"And the further irony," he adds, "is that the younger generations who are less impressed by whiz-bang technology, who often see through what is slick and glitzy, and who have been on the receiving end of enough marketing to nauseate them, are as likely to walk away from these oh-so-relevant churches as to walk into them."

If the evangelical Christian leadership thinks that "cool Christianity" is a sustainable path forward, they are severely mistaken. As a twentysomething, I can say with confidence that when it comes to church, we don't want cool as much as we want real.

If we are interested in Christianity in any sort of serious way, it is not because it's easy or trendy or popular. It's because Jesus himself is appealing, and what he says rings true. It's because the world we inhabit is utterly phony, ephemeral, narcissistic, image-obsessed and sex-drenched—and we want an alternative. It's not because we want more of the same.

McCracken's book on this subject is called Hipster Christianity: When Church and Cool Collide and is published by Baker.
Posted by David Koyzis at 18:59 1 comment:

The CBC's website asks its readers to vote on this question: "Should Canada end its ties to the British monarchy?" The CBC is a Crown corporation and arguably it should know better than to ask so obviously anachronistic a question. Not since 1931 have we owed loyalty to the British monarch. Queen Elizabeth is queen in her own right of 16 Commonwealth realms, of which Canada is one. We owe allegiance to the Queen of Canada.

The CBC's confusion could perhaps be alleviated in part by officially recognizing our current Queen as Elizabeth I of Canada, rather than Elizabeth II. In fact, only in England — and possibly Newfoundland — should she bear the title of Elizabeth II.
Posted by David Koyzis at 09:30 1 comment:

Dief the Chief's Bill of Rights

Yesterday's 50th anniversary seems to have passed unnoticed by most Canadians, except the editors of the Toronto Star: Diefenbaker’s Bill of Rights an act worth remembering. The nonentrenched Canadian Bill of Rights is still in effect, but its place in the consciousness of the nation has largely been supplanted by the entrenched Charter of Rights and Freedoms (1982).
Posted by David Koyzis at 15:58 No comments: