Man of the year 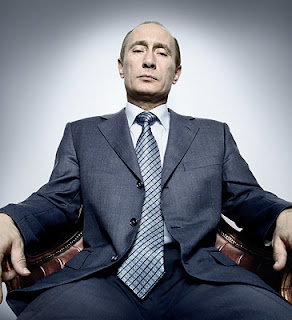 TIME has made its selection this year: Vladimir Putin! Russians are not surprised, but not everyone agrees with the choice: Putin: Odd Choice as Person of the Year. David Stokes goes so far as to analyze Putin's leadership in light of Jesus' counter-emphasis on servanthood: Gore, Putin... and Jesus. Stokes notes that TIME has also picked Hitler, Stalin and Ayatollah Khomeini as men of the year. Whether Putin deserves to be in such august company remains to be seen.
Posted by David Koyzis at 14:13