A new president for Redeemer 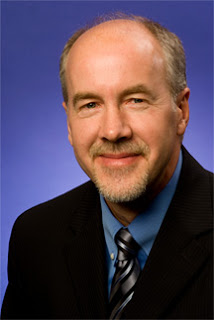 It is evidently the season for institutions of higher learning to select new presidents. We have recently heard announcements from Baylor University and Wheaton College. Now my own employer, Redeemer University College, one of a very few Christian universities in Canada, has just announced the appointment of a new president, Dr. Hubert Krygsman. This is from Redeemer’s website:

“Dr. Hubert R. Krygsman, currently the Associate Provost and Director of the Andreas Center for Reformed Scholarship and Service at Dordt College in Iowa, has been appointed to become the third President of Redeemer University College. This five-year appointment will take effect on June 14, 2010 following the retirement of Dr. Justin Cooper, who has served as Redeemer’s President for sixteen years.

“Krysgman obtained a B.A. in History and Philosophy from Calvin College in 1984. He completed a M.A. in History from the University of Calgary with a thesis on the theology of George Grant. His Ph.D. is from Carleton University in Ottawa with a dissertation on “Freedom and Grace: Protestant Thought in Canada 1920-1960.” His research and publication record includes a focus on modern Protestant Canadian history, on academic structures and curricular design, and on the relationship between Islam and Christianity.”

Redeemer University College was established in 1982 and stands in the Reformed tradition of Christianity. I myself have been privileged to teach there for all but five years of its existence. On behalf of my colleagues, I wish Krygsman God’s richest blessings and assure him that we will uphold him in prayer as he takes up this important office.