More than two decades ago I walked into the building of a megachurch near Chicago on the Sunday nearest the Independence Day holiday. I sat down prepared to worship the God who revealed himself uniquely in Jesus Christ, but I was disappointed by what I saw when I opened the bulletin. Every “hymn” was a national song of some sort, including the Star-Spangled Banner, America the Beautiful and My Country 'Tis of Thee. At one point in the service the congregation was expected to recite the Pledge of Allegiance to the Flag, apparently substituting for the Creed, which was nowhere in sight. I chose not to remain for the service, got up and left, feeling somewhat cheated. 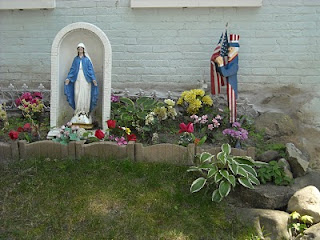 I am not opposed to expressions of patriotic loyalty, which have their place and time. But I strenuously object to devoting an entire Sunday liturgy to what in effect is a glorification of nation. Nor am I keen on the presence of a national flag in the sanctuary and other symbols of nationhood.

Here in Canada the civil religion associated with such days as Victoria Day (the Monday on or before 24 May), Canada Day (1 July) and Remembrance Day (11 November) is more muted and less conspicuous than that of its southern neighbour. Nevertheless, I still feel uncomfortable singing O Canada in a worship context, much less William Blake’s dubiously orthodox Jerusalem, set to Sir Charles Hubert Parry’s bombastic melody of the same name.

Here is my proposal. Let’s turn such holidays into a celebration of and call to justice, both for ourselves in the exercise before God of our various authoritative offices and for our political leaders in the pursuit of public justice within the context of government. Given my conviction that weekly worship ought to be regulated by a lectionary or, better, a lectio continua, I would not wish to give over an entire service to the subject. But perhaps at least one hymn or psalm (e.g., Psalm 82) could be devoted to the theme of justice, and certainly prayers should be said for rulers and for those suffering under unjust rule as well. (Zimbabwe and Myanmar come to mind here.) In fact, such prayers ought to be part of our weekly intercessions, in conformity with scripture, e.g., 1 Timothy 2:1-2.

I am quite happy to wish my friends and family, wherever they are, either a happy Independence Day or a happy Canada Day. But not in church, thank you.

At the Divine Liturgy on July 4, our priest tacked on a 10 or 15 minute prayer service for the nation, which included prayers for the well-being and guidance of our leaders. A portion of the service was penitential. We didn't sing 'O Canada' or 'God Save the Queen'.