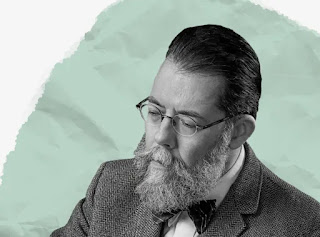 The American Commons has posted a recent interview between Ryan Ellington and me: A Conversation With David Koyzis. Here is a description of this online periodical from its website: "The American Commons is a free grassroots web magazine by rank-and-file American Solidarity Party members that provides commentary on faith, culture, and politics." An excerpt from the interview:

Koyzis: The smoke-filled rooms served a purpose, because they were an avenue whereby local officials and party functionaries would vet a candidate before he was presented to the public. And that stage has been largely removed from the process for the last 50 years. And I think Jimmy Carter, he was fairly ineffectual – a very good man, I like him personally; I heard him speak about 30 years ago in Atlanta, and I found him quite impressive as a speaker – but as a President, though, he had no connection with Congress. It was very difficult for him to govern, because he was this lone figure who was parachuted in and expected to govern in a system that is set up to disperse power.

So, this is the sort of thing that concerns me about the direction of American politics. The sort of figures that the 18th century founders would have blanched at putting in power, these are the kinds of people that are increasingly coming to office in the United States. . . .

The American Commons: So the more grassroots the process of selecting a candidate becomes, the less actual power the grassroots have.

Koyzis: Exactly. This is something that was understood by Calvin, by Aquinas, by Althusius – all the classic political theorists. I think even the American Founders and the Canadian Fathers of Confederation, too, understood that for a system to be balanced, you can’t just have one person who’s going to govern on behalf of the people. It’s better to have officials who represent different segments of the body politic, of the electorate, who can hold other officials accountable. And that’s what the smoke-filled rooms did back in the old days.

And things have developed such that Truman and Roosevelt would never recognize today’s Democratic Party. Calvin Coolidge and Dwight Eisenhower would not recognize today’s Republican Party. I don’t think they would like it. This is why, for something like the American Solidarity Party, it’s really important to try and reach out and connect with as many people as possible. Because I think there’s a crisis right now. And what happened in Washington on the 6th of January is just the tip of the iceberg. Things could get quite a bit worse with the current divisiveness in the American body politic.