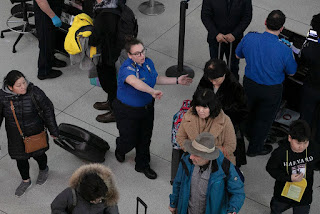 Richard Mouw has written a very nice article for The Dallas Morning News with a somewhat unwieldy title: There’s no ‘deep state,’ there are federal employees doing deep work for the public good. It's a good reminder of the contributions made by the millions of government employees at all levels who are responsible for implementing public justice in the concrete on a daily basis. An excerpt:

Unelected government workers are crucial to sustaining the infrastructure of political life. They do not deserve the generic put-downs about getting the government out of our lives. Their work is necessary for promoting healthy patterns in the way we are governed.

One of the better-known passages about governments in the Bible says, “the powers that be are ordained of God.” Officials are properly fulfilling their mandates, the passage goes on to say, when they reward those who do good and punish those who do evil. That does cover the territory quite well.

In our contemporary mass societies, however, these functions require policies, programs, agencies, people with job descriptions — in a word, the bureaucracies that we so often complain about — in order to promote our social well-being. It is not difficult to think of government officials, elected and appointed, who do not live up to their callings. But we ought to be grateful for the many folks who are committed to doing it well, and for the long run.

Incidentally, Mouw, President Emeritus of Fuller Theological Seminary, was kind enough to write the foreword to the second edition of Political Visions and Illusions, now available in Portuguese translation and soon to be in Spanish as well.