A friend alerted me to this article written by Paul Krause in The Imaginative Conservative: Hebraic Exceptionalism and Western Exceptionalism. To those who believe that the Bible is simply a collection of ancient literature little different from other ancient writings, Krause responds:

The Hebrew Bible, however, is exceptional. It is exceptional in its Near Eastern context not for what it shared in similarity with other Mesopotamian and North African texts but what it radically differed in. It is also exceptional in the mere fact that it survived in its fullness for posterity, something that cannot be said for much of the literature of Sumer, Assyria, Babylon, and Egypt, however inspiring these antecedent texts are and were.

Regardless of how we wrestle with Scripture, the reality remains: The Bible is exceptional precisely because the Bible persevered into modernity while its many competitors did not. As a result of this, Western history and our intellectual traditions are tied to the Bible whether we like it or not, or whether we want to admit it or not . . . .

Students of philosophy will tend to recognize that much of Western sensibilities and values—the dignity of persons (made in the image of God); liberation against forces of oppression; social justice; compassion for the widow, orphan, resident alien, and sick; equality before judge, jury, and law; the true understanding of democracy as national self-determination to cultivate a national destiny—has its very roots in the Tanakh, or Hebrew Bible. 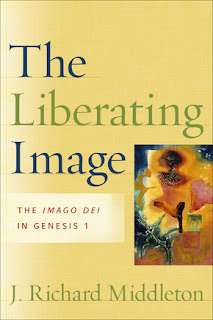 Among the significant differences we find in the Bible is the revelation that human beings are made in God's image. This was unusual in the context of the ancient Near East because the surrounding cultures were willing only to see their rulers as the image of God, or perhaps even as gods. Krause does not mention J. Richard Middleton's excellent book, The Liberating Image, whose thesis had an influence on that of my own book, We Answer to Another. If all human beings are created in the image of God, there are profound implications for the ways we organize our societies and polities. We are not just slaves of an absolute monarch and little better than beasts of the field. We are responsible creatures invested with divinely-given authority dispersed in a variety of offices relevant to our day-to-day lives in God's world.

Is the Bible's understanding of humanity limited to the western world? Hardly. Bishop Lesslie Newbigin has observed that the preaching of the gospel appears to pave the way for the advance of the ideological visions I have traced in Political Visions and Illusions. This is because, once the good news of salvation in Jesus Christ is preached, it creates the conditions for false messiahs to advance their own proposals for salvation. Once we have come to see history as a linear progression towards the final consummation of the kingdom of God, we more easily succumb to the allure of those promising their own versions of this kingdom on their own terms. This explains why ideologies originating in the west have by now reached the entire globe. Each of these ideologies has roots in biblical religion, and the egalitarian ones in particular owe an unstated debt to the biblical understanding of man as God's image. The west's influence on the rest of the world has obviously been a mitigated blessing.

Yet the gospel has also brought incomparable good to those who have accepted its life-giving message. As Philip Jenkins has pointed out in his books, the new centre of global Christianity is no longer in the west but in Africa, Asia, and Latin America. As the gospel continues to reshape these cultures, and as people there come increasingly to recognize that human beings are created in God's image, we have good reason to hope that their shared social and political institutions will change accordingly. In this fashion, the Bible's exceptionalism continues to manifest itself on a global scale.