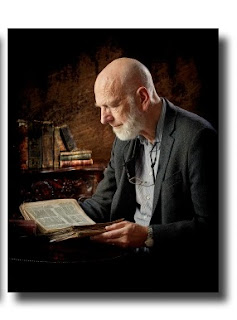 My friend and colleague Peter Schuurman has posted a brief biography of my good friend and mentor Al Wolters: The Lucky Son of a Barber-Philosopher: The Serendipity of Al Wolters’ Worldview. Here is an excerpt:

Wolters’ first position was as a history of philosophy professor at the Institute for Christian Studies in Toronto (ICS), starting in 1974, after being a student recruiter there for two years. It was his introductory lectures in the Philosophical Prolegomena course that would eventually become Creation Regained [his best-known work].

Wolters actually never determined to write or publish this book. In fact, it was the encouragement of his peers, and specifically the late Bob Vandervennen that pushed him to start bringing his notes together in the early 1980s. In fact, it was Vandervennen that sent the manuscript to Eerdmans for publication. They saw the value in the book—as a key that explicitly connected the Bible to the Reformational philosophy that culminated in Herman Dooyeweerd. Wolters’ long-standing interest in the Bible, coupled with his training in philosophy, supported by his reading of Herman Bavinck which stretched back to his days in Victoria—this all came together in one short, accessible account: a summary of one book (the Bible) in three movements (creation, fall, redemption). All of reality, wrote Wolters, could be adequately understood through those three themes, and this framework could give direction to Christian endeavours in any cultural sector. In a word, it was a Christian world-and-life-view for enthusiastic but also critical participation in the arts, humanities, social sciences, engineering, and the natural sciences.

I have counted Al Wolters as a dear friend for more than four decades. Although I took only one two-week course with him at the ICS, he became something of an unofficial mentor, and I owe him a debt of gratitude as one of the key inspirations behind my own Political Visions and Illusions, in which I apply his insights into the implications of a Christian worldview to my own field of political studies.

Incidentally I still have the handwritten notes I kept during Wolters' ICS "bootcamp," the substance of which would become Creation Regained several years later.