The Enthroned Self: Carl Trueman’s Account of a Revolution 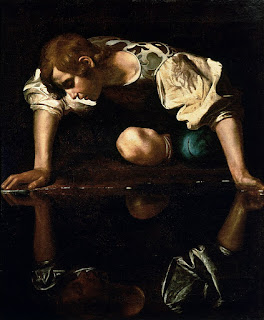 The Cateclesia Institute has published my review of Carl Trueman's recent book, The Rise and Triumph of the Modern Self: Cultural Amnesia, Expressive Individualism, and the Road to the Sexual Revolution: The Enthroned Self: Carl Trueman’s Account of a Revolution. An excerpt:

In exploring the Revolution’s architecture in part one, Trueman draws on three twentieth-century figures—Philip Rieff, Charles Taylor, and Alasdair MacIntyre—whose categories he believes help us to understand recent history. Rieff, whose Triumph of the Therapeutic (1966) anticipated current trends, analyzed western history in terms of three successive worlds. The first world is pagan, and its ethic is rooted in myth, such as the predictive power ascribed to the Delphic oracle. Human beings are subject to an impersonal fate that prevents them controlling the outcomes of their lives. Man in a first-world culture is political man (Trueman, 44). The second world is characterized by faith rather than fate—a faith in a God who has revealed himself in specific ways to specific peoples. Human laws are in some sense based on the will of this God, who underpins the customs and mores of entire societies. In a second-world culture, political man gives way to religious man. Both the first and second worlds justify themselves by reference to a transcendent sacred order.

By contrast, the third world is one which denies a sacred order and therefore must justify itself with reference to itself. Because a third-world culture rules out appeal to a higher authority, it has a tendency to anchor its ethic in a consequentialist pragmatism in which psychological well-being becomes the principal norm for action. Religious man yields place to economic man and finally to psychological man (45). A third-world culture, such as that of North America, is thus a therapeutic culture, with therapy understood in a radically subjective way. While traditional therapy aimed at enabling the patient to adjust himself to the ways of the larger community, contemporary therapy aims to help the patient achieve personal authenticity in the face of societally-engendered neuroses. This explains why we hear so often of young people seeking self-esteem and very particular types of safe places in which to nurture it. It’s not that they’ve become fragile “snowflakes,” as some would have it. They have simply imbibed and been shaped by the culture’s notion that psychological satisfaction is the highest good. . . .

Like past revolutions, the current Sexual Revolution and its notion of the plastic self will likely prove incompatible with the rule of law over the long term. Given that people’s mental states are constantly in flux and that their sense of identity changes over time, attempts to anchor the law in something so flimsy will lead to miscarriages of justice, as they are already doing in some cases. Government claims to protect its citizens’ feelings put everyone on shaky legal ground. While compassion towards suffering is often a motivation to see justice done, compassion itself makes an inadequate legal norm because the concrete issues that bring people into conflict generally involve some degree of suffering on both sides, even if that suffering amounts to a mere state of mental unease. Punishment of any kind inflicts suffering on a guilty party. Unless the law is based on firm principles permitting people to know where they stand, injustice will be the likely result.

This is why self-assured activists seeking social justice—quick to judge without adequately examining their own contestable assumptions—are likely inadvertently to perpetrate injustice, especially on those less ideologically attractive to them and less capable of appealing to their subjective sense of compassion.