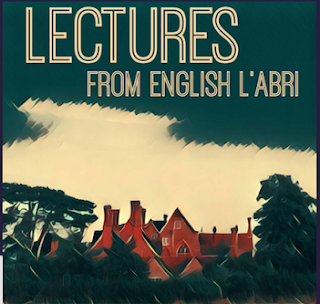 Late last week I addressed a group associated with English l'Abri at the invitation of Josué Reichow, a Brazilian who, along with his wife Lili, is affiliated with the organization. The lecture is titled Discerning Visions and Illusions in Political Life. Here is an excerpt:

Back in 1976 James W. Sire published a book called The Universe Next Door, subtitled, A Basic Worldview Catalog, in which he treated the different visions that animate the lives, not just of individuals, but of entire communities. Beginning with Christian theism, Sire went on to explore deism, naturalism, nihilism, existentialism, eastern pantheistic monism, the new age, and, in later editions, postmodernism, Marxism, and Islam. This may not have been the first worldview book ever published anywhere, but it definitely filled a need at the time.

The 1960s had seen an explosion of several movements that had had their roots decades earlier, including the Sexual Revolution, the New Left, the mainstreaming of so-called recreational drugs, the Hippy movement, and a new fascination with unconventional religious beliefs, especially those imported from east Asia. These developments, coming as they did in a so-called secular age, appeared to be unexpected on the surface. After all, secularism was supposed to be based on a commitment to science and careful observation. Secular man was supposed to be rational and free from our ancestors' superstitions. He would be swayed less by emotion and more by careful consideration of evidence. He would no longer be weighed down by ancient prejudices and traditions impervious to reason. The April 8, 1966 issue of TIME Magazine carried a notorious cover story: “Is God Dead?” Yet the very next year, the “Summer of Love” exploded into the public consciousness, as young baby boomers rejected their parents' mores, including not only sexual mores, but the very standards of reason itself. In my teens I recall seeing in our home a copy of a book that I assume my agnostic grandfather had given us, called, The Compleat Astrologer, published only half a decade following God's apparent demise and taking seriously an endeavour that respectable science had long dismissed as so much rubbish.

What does this tell us? It tells us that, when people stop believing in God, their need for him or for something very like him does not go away. We are created to worship, and if we decline to worship the one true God, we will fashion in our hearts a God-substitute—something in which we invest our ultimate hopes and which we seek to serve. And, no, this god will refuse to stay put, safely sequestered in a small corner of our lives which we dub spiritual. Spiritual does not describe a segment of our lives walled off from the rest; rather it refers to something much more encompassing: the very spirit that animates the whole of life from the centre of our existence, or the heart.

Listen to the entire podcast here.