Interview in Gazeta do Povo 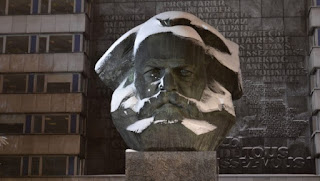 This week Guilherme de Carvalho, the head of l'Abri Brasil, interviewed me on the subject of the second Brazilian edition of Political Visions and Illusions. The interview was posted yesterday in the Gazeta do Povo: David Koyzis e as idolatrias políticas. There are two qualifications needed for reading the interview: a knowledge of Portuguese and a paid subscription to the periodical. For those with neither, here is a small sample in English:

I heard that you like very much Brazil and the Portuguese language! Are you following the local news? How do you read the Brazilian political landscape now?

I absolutely love Brazil and its people! As someone of Greek Cypriot parentage, I easily embrace friends when I see them. Brazil is an entire country of people who do the same thing! In this respect I find the social distancing mandated by the current pandemic deeply frustrating. I look forward to a return to normality. And I hope I will one day be able to return to Brazil and hug everyone I meet!

As for the Brazilian political landscape, I think the biggest issues are threefold: (1) the endemic corruption that has marred political life for decades; (2) the confidence people place in would-be political saviours in the presidency; and (3) the global pandemic, which has disproportionately affected Brazil. I believe these three elements are interconnected. This is where political ideologies play a role. If we are viewing reality through one of the lenses distorted by a false redemptive narrative, we will err in our proposed solutions to contemporary political and social ills. Furthermore, it may be that basic political reforms, along with an enduring change in public attitudes, are needed to break the hold of would-be Napoleonic figures in the public imagination.

As the good news of Jesus Christ continues to spread among Brazilians, let us pray that they will increasingly look to him for their salvation and scale back their expectations of political leaders. At the same time, imagine a Brazil where a public justice movement is in a position to elect candidates to congress and to the presidency. A movement dedicated to stamping out corruption and bringing integrity to the political process. Ora et labora! Pray and work to make it happen.

Learn Portuguese, take out a subscription, and read more here.