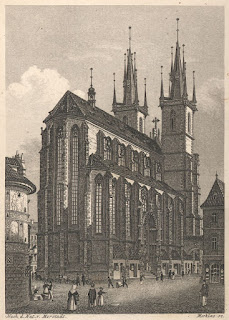 The Cateclesia Institute has just published my review of Rod Dreher's Live Not By Lies: Living in Truth: Rod Dreher’s Jeremiad. An excerpt:

Could too expansive a nondiscrimination regime produce a climate in which faith-based communities, with their distinctive standards for membership, will be suppressed? Could a therapeutic focus on the expressive individual create an inhospitable climate for churches which by their very nature call members to subordinate their own wills to God’s word? We would be unwise to deny such possibilities.

Having studied and written about political ideologies for decades, I believe that all ideologies have totalitarian potential. They may not lead to forced labour camps or mass murders, but they do make claims which compete on a basic level with the traditional religious faiths, and they do require sacrificial victims, if only in damaged reputations and fewer career opportunities. This is why we need above all to be spiritually discerning in our assessment of them.

Yet, political ideologies do not operate in a contextual vacuum. All of us, whatever our ultimate convictions, live and work within the larger panorama of God’s creation. Even if a Supreme Court justice proclaims that “[a]t the heart of liberty is the right to define one’s own concept of existence, of meaning, of the universe, and of the mystery of human life” (Planned Parenthood v. Casey, 1992), the cosmos itself remains stubbornly unpersuaded, impervious to our subjective notions of its meaning or lack thereof.