The Emperor and the Bible 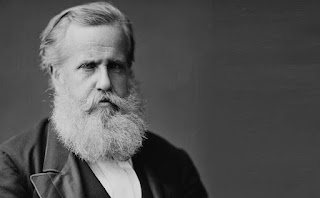 Brazil is unusual among western-hemispheric nations for having begun as a constitutional monarchy, sharing this status with only Canada and a few Caribbean island states. There was no Simon Bolivar or George Washington for Brazilians. Rather the king of Portugal, Dom João VI, appointed his son Dom Pedro I, to rule Brazil in his stead while he returned the Portuguese throne to Lisbon after a period of exile during Napoleon's occupation of the Iberian peninsula. In his father's absence, Pedro declared Brazil an independent empire under his own rule in 1822. When Pedro abdicated the imperial throne in 1831, his son, Dom Pedro II, took his place and reigned for decades until he was ousted in 1889 following his abolition of slavery the previous year.

The Emperor's name comes up in this story: O imperador Dom Pedro II e seu amor pela Bíblia (Emperor Dom Pedro II and his Love for the Bible). The Emperor attended one of D. L. Moody's revival meetings in New York in 1876, responding affirmatively, but silently, to his message. This quotation has been attributed to the Emperor:

I love the Bible, I read it every day and the more I read it the more I love it. There are some who don't like the Bible. I don't understand them. I can't comprehend such people, but I love it. I love its simplicity and I love its repetitions and reiterations of the truth. As I said, I read it daily and each time I do so I like it more.