Canada's Crown: more than a symbol 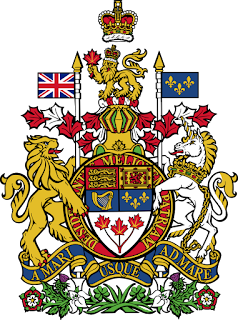 Following the explosive interview with Prince Harry and Meghan Markle earlier in the week, Canadians and citizens of other Commonwealth realms may be rethinking their ties to the Crown. After a royal scandal, we can almost always count on someone, usually at The Toronto Star, to write an op-ed piece advocating that we scrap the monarchy and adopt an elected head of state. Thus it is refreshing to read this analysis at CBC News by Aaron Wherry: Time for Canada to retire the Queen? It's not that simple. An excerpt:

Any move to cut ties with the monarchy would, for instance, likely bring with it renewed calls for an elected head of state. That might seem like the sort of thing any respectable nation should have in 2021. But the possible future implications for the rest of Canada's political system should not be ignored.

One recent argument for an elected head of state suggested that an elected governor general would have an "independent mandate" to refuse problematic requests from the prime minister to prorogue Parliament — the sort of requests that have emerged from time to time in recent years. Maybe that would be an improvement over the current situation, in which the governor general intervenes only when absolutely necessary to ensure the continued functioning of Canadian democracy.

Wherry is correct. Grafting an office based on a different set of assumptions onto our own constitutional system would put it at considerable risk. Our Fathers of Confederation had no intention of creating a democracy pure and simple. Following the ancient western tradition of the mixed constitution, they established a popularly-elected House of Commons but deemed it best to preserve the monarchical and aristocratic elements of the English constitution to make for a better balance than what they observed south of the border.* Indeed the most stable nations in the world are constitutional monarchies, while presidential republics based on the American model have an unfortunate tendency to become dictatorships with the passage of time. Erdoğan's Turkey since 2017 is the latest unhappy example of this at work. We Canadians ought not to be quick to discard a system that has worked so well for us over a century and a half.

That said, I do believe that Canada's constitution could do with some tweaking here and there. I am not so fearful of a governor general, representing the Queen, denying a prime minister his wish, as the latter's power is insufficiently checked by even his own parliamentary caucus. Much of this lack of accountability is, in fact, due to what seems to me to be misguided efforts to democratize the leadership selection process within a party. I agree with Peter Aucoin, Mark D. Jarvis, and Lori Turnbull that election of a party's leader should be returned to the parliamentary caucus and that a code should be drawn up indicating when it is and is not appropriate for a governor general to deny a prime minister's advice relative to prorogation and dissolution of parliament.

Because I did not grow up in Canada, I am not a sentimental monarchist. I do love the Queen, and I believe she has been an exemplary constitutional monarch. Yet the reason for retaining the institution has more to do with its pivotal place in our system of government. J. R. Mallory expresses it well:

The justification for the monarchy in Canada must rest, in the end, not on its symbolic and emotive value, but on its practical place in a rational system of government. Its real virtues are therefore twofold. In the first place, it denies to political leaders the full splendour of their power and the excessive aggrandizement of their persons which come from the undisturbed occupancy of the centre of the stage. The symbolic value of the face of the leader on the postage stamp, the open and undisguised role of the leader and redeemer of the people, are hints of the threatened presence of the one-party state. These are dangers which still lurk for even the most civilized and stable democracy. In the second place, the physical presence of the head of state (or her personal representative, the Governor General) in the process of ratifying great decisions is in itself a check on the ultimate power of elected politicians, against whom the checks of periodic elections and imperfect parliamentary scrutiny are not always sufficient. With this prudent separation of roles we are unlikely to share the agonizing trauma felt by many Americans during the Nixon years. To them impeachment of a president seemed perilously close to regicide. In Canada we can accept the necessary removal of a Prime Minister without such qualms (42-3).

Nearly half a century later Mallory's defence of constitutional monarchy retains its validity, especially after Americans were still proving reluctant to remove a president who had openly incited an insurrection two months ago.

The royal family is not perfect. The Queen's "heirs and successors" may not live up to her deep sense of duty undoubtedly inspired by her Christian faith. Nevertheless, we could do a lot worse. Canadians would be wise to be grateful for what we have: a system of government that consistently places us near the top of the small list of the best countries in the world to live in.