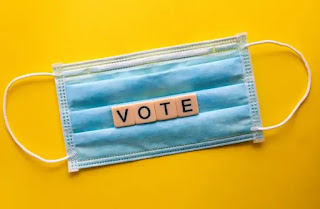 Canadians will be going to the polls next month, and many of us think that there is little reason at this point to do so, because the current government has been in office for under two years. Christian Courier has just posted an article of mine on the forthcoming federal election: Trudeau's gamble. An excerpt:

Trudeau may lose his gamble and retain only a plurality of seats in the Commons, prolonging his frustration for another four years. Or he may lose even more than that and suffer outright defeat at the hands of Erin O’Toole’s Conservatives.

If that happens, will O’Toole bring a different spirit to his office? Will his government, whether majority or minority, be less willing to employ the tactics of Harper and Trudeau for partisan advantage? While Trudeau may be in a gambling mood, I am not: I wouldn’t bet on it. The temptations that come with political power are often too great, even for someone with good intentions and promises of reform.

Posted by David Koyzis at 14:34 No comments:

Two days ago I was privileged to spend an hour with doctoral students at Wesley Seminary in Marion, Indiana. These are students of Dr. Aaron Perry, who has had them reading my Political Visions and Illusions. May God bless them as they continue to minister to his people in parish settings. 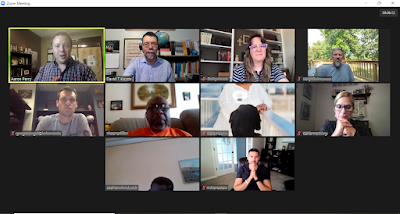 Posted by David Koyzis at 11:18 No comments:

This morning I was interviewed by the Rev. Uriesou Brito, pastor of Providence Church, Pensacola, Florida, on the subject of my recently-completed Genevan Psalter project:

Posted by David Koyzis at 16:06 No comments: 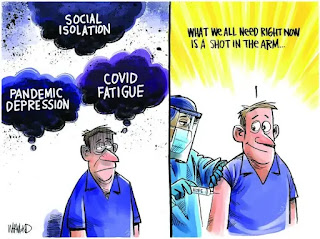 My August column has been published in Christian Courier, titled, COVID fatigue. An excerpt:

Quite honestly, I am weary. The past nearly two years have been difficult for so many of us. Our daughter lost three of her grandparents, and we’ve not been able to visit my widowed mother during that time. Last month we drove up to spend a few hours with a dear friend who co-owns a brewery north of Toronto. We thoroughly enjoyed ourselves, sitting on a patio drinking beer in the sunshine. A taste of normality went down along with the drafts.

In my current work with the Psalms, I have noticed how many contain this plaintive phrase: “How long, O LORD?” (Psalms 6, 13, 35, 74, 79, &c.) This question has been on so many of our lips over the past year and a half. I feel numb these days, as if I’m watching all this happen to someone else. I’ve wept very little, somewhat to my surprise. Perhaps this is a natural coping mechanism that has surfaced to enable me to get through each day. Patience is not something which comes easily to me. But patience is what we all need at present.

Posted by David Koyzis at 07:57 No comments: