The last several national elections have revealed the United States to be nearly permanently divided into “red” and “blue” states, labels originating in the electoral maps posted by television networks as they cover presidential campaigns. But few Americans are aware that Ukraine is similarly, and more intractably, divided along political lines.

In the United States, the red states tend to support the Republican Party while the blue states support the Democratic Party. But, as more than one observer has pointed out, every state is actually a slightly different shade of purple, with blue counties concentrated in the metropolitan areas and red outside these regions. In other words, red and blue appear to represent not so much separate cultures and ideological commitments, but rather a traditional rural-urban split, exacerbated by considerable partisan petulance. While antagonism between Republicans and Democrats has engendered stalemate in Congress, the difference is actually not one of deep principle, opinions to the contrary notwithstanding. Rather, the difference is a contest over who better represents the larger liberal tradition on which America was founded over two centuries ago.

The divisions in Ukraine are even more stubborn. Unlike the United Sates, Ukraine does not have a revered common heritage of founding documents such as the Declaration of Independence or the United States Constitution. There is no founding generation to be mythologized along the lines of George Washington or Benjamin Franklin. There is no sense of national mission to hold the country together.

Read the entire article.
Posted by David Koyzis at 12:15 No comments:

'To you belong all the nations'

Although the biblical Psalms are a product of the old covenant, for centuries the Christian Church has sought and found Jesus Christ in its historic song book. A number of Psalms have been designated messianic in character, including Psalms 2, 22, 30, 69, 72, 110 and 118. This is due either to their explicit reference to the LORD’s Anointed (Messiah) or to their anticipation of an event related to Jesus’ life, suffering or death.

Psalm 82 is not always placed in this category, although it does anticipate God’s judgement over the nations of earth in the person of Jesus Christ. In the Revised Standard Version, the Psalm begins, “God has taken his place in the divine council; in the midst of the gods he holds judgment.” The footnote to this verse in the New Oxford Annotated Bible tells the reader: “Making use of a conception, common to the ancient Near East, that the world is ruled by a council of gods, the poet (presumably a priest or temple prophet) sees, in a vision, the God of Israel standing up in the midst of the council and pronouncing judgment upon all other members.”

Such an interpretation owes much to an evolutionary worldview which treats religion as merely an artifact subject, like all other products of human culture, to growth and development. Within this worldview, the ancient Israelites’ primitive polytheism developed under various influences into henotheism (in which YHWH is chief among the gods) and finally into monotheism (no God but YHWH) around the time of the Babylonian exile. By contrast, the biblical narrative itself portrays the Israelites repeatedly abandoning fidelity to the one true God and worshipping false gods for which they were punished throughout their history.

There is another interpretation of Psalm 82 less beholden to this evolutionary worldview. The translators of the New International Version place “gods” in inverted commas, as if to indicate the improper assumption of divine status by these beings. But who are these beings? I believe a good case can be made for their identity as earthly rulers who have come to esteem themselves as gods.

The key to this can be found in verses 2-4: “How long will you judge unjustly and show partiality to the wicked? Give justice to the weak and the fatherless; maintain the right of the afflicted and the destitute. Rescue the weak and the needy; deliver them from the hand of the wicked.” All of these imperatives are ordinary tasks undertaken in the course of political rule. The setting is not a mythological council of gods, but the one true God calling those to whom he has given political authority to do justice as they discharge the weighty responsibilities of office.

A decade and a half ago, I set Psalm 82 to verse to be sung to the proper Genevan melody. My own versification draws on the interpretation set forth above:

Judging among divine pretenders,
in council God his verdict renders:
“How long,” says he, “shall wickedness
be favoured over righteousness?
Give justice to the poor and needy,
rescue the helpless from the greedy.
Treat widows as is right and fair,
defend all orphans in your care.

“Blindly you grope about and stumble,
while earth's foundations start to crumble.
Gods you may think yourselves to be,
yet you shall taste mortality.
Like earthly kings whose days are numbered,
death's claim on you will not be cumbered.”
Rise up, O God, and judge the earth,
to you the nations owe their birth.

During Advent and Christmas we do well to pray Psalm 82 acknowledging that its ultimate fulfilment is in the person of Jesus Christ, who, in the words of Isaiah 9:7, will sit upon the throne of David and establish his kingdom of righteousness and justice for ever.

David T. Koyzis teaches politics at Redeemer University College. His next book, We Answer to Another: Authority, Office and the Image of God, is forthcoming from Pickwick Publications.
Posted by David Koyzis at 11:04 No comments:

Readers of my first book, Political Visions and Illusions (the second should be out early in the new year), will recall my mentioning three mentors who have shaped me in my journey, especially with respect to grasping the spiritual nature of political ideologies. One of these is Dr. Bob Goudzwaard, emeritus professor of economics at the Free University of Amsterdam and former member of the Dutch Parliament. His argument in Idols of Our Time provided the central thesis for my own book. I owe a debt of gratitude to this wise servant of God's kingdom. 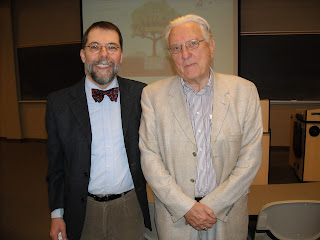 Posted by David Koyzis at 11:10 No comments:

Good advice at any time: 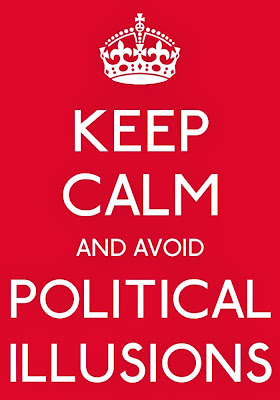