This is the sort of thing I find utterly fascinating. Greek-speaking Muslims continue to live in the Turkish Pontos speaking a dialect of ρωμαίϊκα, a language with grammatical structures retained from classical Greek. Listen as well to the distinctive Pontic music in the background. Incidentally, ρωμαιϊκά means Roman, which harks back to the time when Orthodox Christians living in the Eastern Roman Empire called themselves Ρωμαίοι, or Romans.

I am not a fan of most politically-oriented sermons, especially when they undertake to pronounce on the specifics of public policy. However, a week ago our pastor, the Rev. Dr. W. J. Clyde Ervine, gave us all an excellent example of the right way to preach a political sermon. The title was King Solomon's Charge, based on I Kings 2. This is part of an ongoing lectio continua series on Solomon's reign. The Old Testament lesson recounted the circumstances that brought Solomon to the throne, including the execution of his father David's chief of staff, Joab, and his own half-brother Adonijah.

The episode raises a difficult issue: "is Solomon to be morally excused for killing the enemies who might have wanted to kill him?" Ervine admits that not everything scripture recounts does it necessarily approve. Yet he raises another possibility that ought not to be glossed over:

David is king and head of government, giving a charge not so much to a son, but to the incoming head of government. What he says is this: “Solomon, as king, you must deal with the State’s internal as well as external enemies. You may not want to, but you must confront those who mount treasonous attacks against the kingdom”. David mentions Joab as an example, while Solomon will later place Adonijah in the same category. Put like that, the issue isn’t whether or not Solomon was brutal, but whether the State may legitimately use force against its enemies. That’s the issue I Kings 2 poses; its answer is affirmative. I Kings 2 wants readers to conclude that Solomon was justified in hunting down State criminals, and further suggests that Solomon’s punishment of those criminals was endorsed by God. At verse 22, we’re told that as Solomon contemplates the punishment he believes Adonijah deserves, he says: “So may God do to me, and more also, for Adonijah has devised this scheme at the risk of his life! Now therefore as the Lord lives, who has established me and placed me on the throne...Adonijah shall be put to death”.The text presents Solomon’s blood-letting, not as the violence of a private thug but as the legal action of the head of state.

This, of course, raises the larger question of whether the state legitimately uses force, even to the extent of taking life. Although there is a long and honourable pacifist tradition within Christianity, we must nevertheless take seriously those biblical texts assigning the power of the sword to government.

Having been present as Dr. Ervine delivered this sermon (which can be heard here), I can testify that the congregation was unusually quiet throughout, perhaps wondering where he would be going next in his argument. It somehow felt like a controversial sermon, although his conclusion is entirely biblical and falls squarely in the centre of the larger Reformed tradition.

A powerful preacher, Dr. Ervine's sermons are worth listening to. If you are ever in the neighbourhood, please do come to Central Presbyterian Church, Hamilton, Ontario, at 10.30 sunday morning.
Posted by David Koyzis at 14:27 No comments: 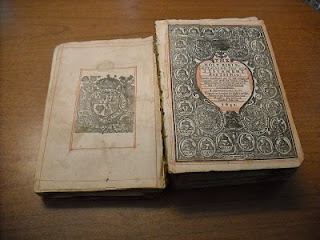 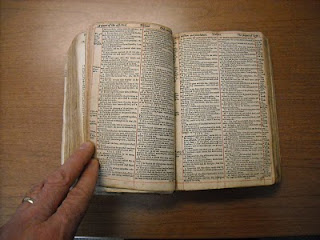 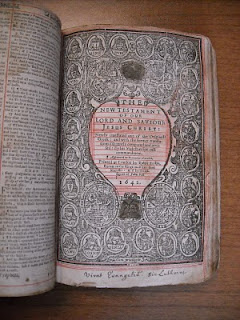 Will any of these translations still be read 400 years from now? It would be foolish to predict so far into the future, but it seems unlikely that any will equal the King James Version not only in terms of longevity, but in its capacity to shape the language and culture of the English-speaking peoples.
Posted by David Koyzis at 19:28 2 comments:

With attacks on middle eastern and south Asian Christians apparently increasing in recent weeks, it is encouraging to read news like this: Egypt Muslims to act as “human shields” at Coptic Christmas Eve mass.

“Although 2011 started tragically, I feel it will be a year of eagerly anticipated change, where Egyptians will stand against sectarianism and unite as one,” Father Rafaeil Sarwat of the Mar-Mina church told Ahram Online. The Coptic priest was commenting on the now widespread call by Muslim intellectuals and activists upon Egyptian Muslims at large to flock to Coptic churches across the country to attend Coptic Christmas Eve mass, to show solidarity with the nation’s Coptic minority, but also to serve as “human shields” against possible attacks by Islamist militants.

Today is Christmas in the Coptic and Orthodox calendars. Let us wish our brothers and sisters in Egypt and elsewhere God’s blessings as they celebrate today the incarnation of Jesus Christ. Let us also give thanks that there are Egyptian Muslims willing to stand with their Christian fellow citizens against terrorist threats. It is a sign of hope in a part of the world where hope is so often in short supply.

Posted by David Koyzis at 15:28 No comments:

Until virtually the dawn of the modern age the historic heartland of Christianity — possibly containing most of the world's Christians at the time — included the lands of north Africa and what we now know as the Middle East. Yet over successive centuries the Christians there have been subject to harsh treatment by their Muslim rulers, and consequently their numbers have diminished substantially. In those countries where Christian communities remain, they have been targeted by terrorists bent on making their lives more difficult in their historic homelands. Here are only a few incidents:

Posted by David Koyzis at 16:32 No comments:

Singing the Psalms: in German, Czech and Dutch

Posted by David Koyzis at 15:21 No comments: