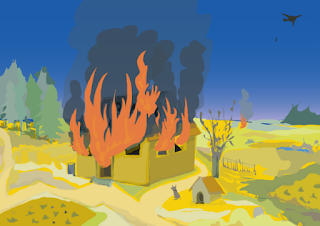 Here is my latest in Christian Courier: Cyprus 1974 and Ukraine 2022. An excerpt:

Throughout the past months, I have sat through the grisly footage on television, often breaking into tears at the sight of what Russian troops are doing to innocent civilians. I cannot fathom why they would think they are in the right, but they have the tacit blessing of the odious Patriarch Kirill of Moscow, who refuses to discipline his most powerful parishioner for his crimes. As in Cyprus, many Ukrainians are refugees in their own country, and many may never return to their homes, if they are still standing.

Posted by David Koyzis at 15:00 No comments: 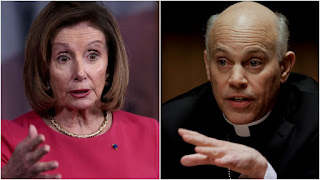 A new post of mine appears in Kuyperian Commentary: Disciplining political leaders. This is in response to Archbishop Salvatore Cordileone barring House Speaker Nancy Pelosi from receiving the Lord's Supper. An excerpt:

Although I am not a member of Cordileone’s communion, I do not believe that he exceeds his legitimate authority over one of his flock. Of course, no church should pretend to instruct public officials who are members which policies they should be pursuing. This is one of the points I make in a “Concluding Ecclesiological Postscript,” which I appended to the second edition of Political Visions and Illusions. The institutional church does not possess the normative competence to pronounce on the specifics of concrete policies, although many denominational bodies routinely take positions on controversial matters over which there is legitimate disagreement, even among Christians. But the church, as a particular differentiated institution with its own divinely-appointed task, does indeed bear responsibility for disciplining its members, whether or not they hold public office. In fact, the Belgic Confession states that one of the marks of the true church is that “it practices church discipline for correcting faults.”

Posted by David Koyzis at 10:00 No comments:

Let the People Praise: The Enduring Legacy of the Genevan Psalter

Last wednesday afternoon, 18 May, I delivered this lecture at Calvin University, Grand Rapids, Michigan, titled: "Let the People Praise: The Enduring Legacy of the Genevan Psalter." This was to mark the 40th anniversary of the H. Henry Meeter Center for Calvin Studies. I was pleased to see so many familiar and unfamiliar faces there. For those unable to attend, here is a recording of the lecture.

This is cross posted to my Genevan Psalter blog, where I have added links to the videos which could not be easily heard in the recording of the lecture.

Posted by David Koyzis at 15:18 No comments:

Federal Liberals to discriminate against pro-lifers

Sad to say, Canada's federal Liberal Party under Prime Minister Justin Trudeau is asking the Minister of Finance Chrystia Freeland to "[i]ntroduce amendments to the Income Tax Act to make anti-abortion organizations that provide dishonest counselling to pregnant women about their rights and options ineligible for charitable status." Why does he consider such counselling "dishonest"? Because their staff discourage such women from aborting their unborn babies. Writing for Policy Options, Andreae Sennyah explains the injustice of such a policy: The Liberal politicization of charitable status. An excerpt:
Read more »
Posted by David Koyzis at 17:34 3 comments:

For all his accomplishments, John Emerich Edward Dalberg-Acton, or Lord Acton, is popularly known for a single aphorism: "Power tends to corrupt, and absolute power corrupts absolutely"--which is usually pulled from its context. Let me draw your attention to something else that Acton wrote in "The Protestant Theory of Persecution" (The Rambler, March 1862), in which he penned the following paragraph:

Civil and religious liberty are so commonly associated in people’s mouths, and are so rare in fact, that their definition is evidently as little understood as the principle of their connection. The point at which they unite, the common root from which they derive their sustenance, is the right of self-government. The modern theory, which has swept away every authority except that of the State, and has made the sovereign power irresistible by multiplying those who share it, is the enemy of that common freedom in which religious freedom is included. It condemns, as a State within the State, every inner group and community, class or corporation, administering its own affairs; and, by proclaiming the abolition of privileges, it emancipates the subjects of every such authority in order to transfer them exclusively to its own. It recognises liberty only in the individual, because it is only in the individual that liberty can be separated from authority, and the right of conditional obedience deprived of the security of a limited command. Under its sway, therefore, every man may profess his own religion more or less freely; but his religion is not free to administer its own laws. In other words, religious profession is free, but Church government is controlled. And where ecclesiastical authority is restricted, religious liberty is virtually denied.

Given the powerful influence of liberalism in the western world, we increasingly face a version of religious freedom that isolates the person of faith from her faith community, ostensibly making her sovereign over her own spirituality, but effectively empowering the state at the expense of both individual and the community of which she is part. Acton clearly recognized the perils of a religious liberty interpreted through individualist lenses more than a century and a half ago. The peril is with us still.

Yoram Hazony is one of the more intriguing political philosophers writing today. Three years ago I reviewed the Israeli scholar's book, The Virtue of Nationalism, here: Is Nationalism Worth Defending? Now he has come out with a book titled, Conservatism: A Rediscovery. Among the topics he treats therein is the family, and Unherd has just published an excerpt here: The nuclear family has failed. Hazony argues that the contemporary nuclear family, consisting of husband, wife, and children, is not identical to a traditional family that once existed before the two global wars of the 20th century. According to Hazony,

the nuclear family is a weakened and much diminished version of the traditional family, one that is lacking most of the resources needed effectively to pursue the purposes of the traditional family. When this conception of the family became normative in America and elsewhere after the Second World War, it gave birth to a world of detached suburban homes connected to distant places of employment and schools by trains, automobiles, and buses. In other words, the physical design of large portions of the country reflected a newly rationalised conception of what a family is.

My most recent Global Scholars newsletter is now posted here: May 2022 newsletter.

Posted by David Koyzis at 09:15 No comments:

Political Visions and Illusions is now out in a Spanish-language edition published by Teología para Vivir in Lima, Peru: Visiones e Ilusiones Políticas. The release of this edition makes it available to huge numbers of people who speak Spanish as their mother tongue, including the land of my birth, which is the fifth largest hispanophone country in the world. I pray that God will use it to advance his kingdom according to his own good purposes. ¡Que Dios bendiga a los países de habla hispana! 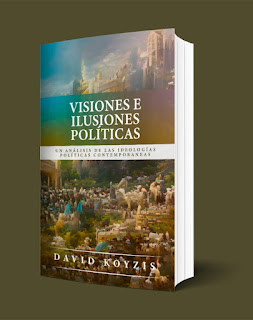 Posted by David Koyzis at 11:11 No comments:

Over the past several days I have participated in three events relevant to the Christian community in Brazil. The first occurred last saturday, 30 April, and was hosted by two young friends, Leonardo Balena Queiroz and Samuel Aguiar, who had just led a multi-session study of my book, Visões e Ilusões Políticas, with their church congregation, Primeira Igreja Batista do Pará, Belém, Pará, in the tropical Amazon region. At the end of the series, I was beamed in to their gathering to answer questions and to make a pitch for a new book I plan to write on citizenship.

The following day, sunday, 1 May, I addressed a gathering of members of the Segunda Igreja Presbiteriana Renovada de Maringá, in the southern state of Paraná, at the opposite and more temperate end of Brazil. As most of the audience had not read my book, I briefly discussed the idolatrous religious character of ideology and why we have reason for hope in the midst of the ideologies' distorted understandings of God's world. This was followed by questions from listeners.

Finally, on tuesday, 3 May, I was interviewed online by my good friend, José Bruno Pereira dos Santos, known to one and all as Zé Bruno. I met him five years ago at the Ideolatria conference in Goiânia at which I spoke, and I was delighted to renew our friendship in this way last evening. Also interviewing me were Ruan Bessa (my translator), Gustavo Arnoni, and Lucas Pavanato. You can see the entire two hours of our conversation below:

Did I mention that I really love the people of Brazil? Que Deus abençoe o povo brasileiro! 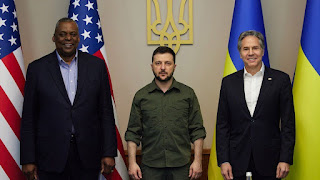 Last week, US Secretary of State Antony Blinken and Secretary of Defence General Lloyd Austin visited Kyiv and met with Ukrainian President Volodymyr Zelensky. After the meeting Austin made a statement that Moscow will almost certainly take as a provocation and that the US may come to regret. The BBC reports:

At a news conference in Poland after the visit, Mr Austin told reporters the US wants to see "Russia weakened to the degree that it can't do the kinds of things that it has done in invading Ukraine". . . . BBC diplomatic correspondent James Landale observed that Mr Austin's comments calling for a weakened Russia were unusually strong for a US defence secretary. It is one thing to help Ukraine resist Russian aggression, it is quite another to speak of weakening Russia's capabilities, he said.

During a dangerous time such as the present, government officials must weigh their words carefully to avoid unnecessarily aggravating existing tensions. I would suggest that Austin's remarks do not conform to this principle. Given that Vladimir Putin has expressed concern at Russia being surrounded by NATO and would prefer to see a cordon sanitaire between his country and the west, one might question Austin's wisdom in expressing what may or may not represent a change in US policy. I would furthermore suggest that US policy should support a strengthening and not a weakening of Russia.