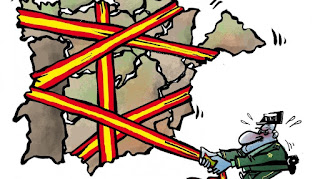 Next year we observe – perhaps “celebrate” doesn’t entirely fit – the 370th anniversary of the modern state, which is generally said to have resulted from the Treaty of Westphalia that ended the devastating Thirty Years War and reshaped the map of Europe. According to this agreement, the European powers would henceforth accept the principle of state sovereignty, namely, that the state is sovereign within its own territory and exempt from interference from its neighbours. This new international order would replace the messy patchwork of feudal fiefdoms that had lasted for centuries in the western part of the continent.

Since that time we have come to see the state, not as a domain of a particular ruler, but as a community of citizens led by their government. But settling its territorial boundaries has been the tricky part. Where does France end and Germany begin? And what of the German lands where, say, Polish is the majority language? For as long as the modern state has existed there have been quarrels over its jurisdiction. Attempts to settle these quarrels have not always succeeded, with the two world wars of the last century among the most tragic of the failures.

One Year of Trump

Nobody expected him to win. He was too boorish and crude. He couldn’t hold his own in a debate, even as, by his sheer presence, he seemed to be trying to intimidate his opponent. He thumbed his nose at people he thought weak and made fun of the handicapped. Far from being a polished orator like his predecessor, his rhetoric consisted of monosyllabic words spat out with tremendous ferocity, coupled with monotonously repetitious outbursts of braggadocio. Read more.
Posted by David Koyzis at 13:16 No comments:

The Queen would not be amused: Julie Payette’s ill-considered remarks

As one of the Queen's Canadian subjects, I personally doubt she would approve of the remarks her freshly-minted representative made last week. Some months ago Prime Minister Justin Trudeau had advised Her Majesty to appoint Julie Payette, a former astronaut, to the post of Governor General, an office which she assumed at the beginning of October. In a Westminster parliamentary system, the Queen and her representatives must remain impeccably nonpartisan and avoid even a hint of partiality. The monarch is the guarantor of the constitution and a symbol of unity for the entire nation. In her sixty-five years on the throne, Queen Elizabeth II has discharged her weighty responsibilities admirably, more than living up to the vow she took in South Africa on her twenty-first birthday.

Sadly, not all of her representatives have managed to follow her example. Last week, Payette addressed the Canadian Science Policy Conference in Ottawa, and in the course of her speech appeared to belittle her fellow citizens who have the temerity to believe in a transcendent God: 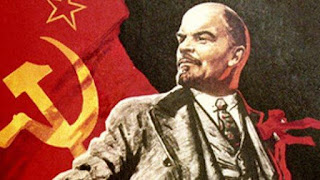 Exactly one-hundred years ago, a small cadre of revolutionaries seized power in the then Russian capital city of Petrograd. After the Tsar's abdication earlier in the year, a provisional government had attempted to run the fractious country, unwisely attempting to continue the war against Germany that had brought down the imperial régime. While Soviet film director Sergei Eisenstein would immortalize the storming of the Winter Palace in his famous re-enactment three years later, the actions that brought the Bolsheviks to power were much less dramatic. Nevertheless the long-term consequences of the Revolution would reverberate throughout the twentieth century, leading directly or indirectly to the deaths of scores of millions of people in the interest of implementing a political illusion based on a fundamental misreading of human nature.

On this anniversary we do well to acknowledge that human efforts to reshape the world according to the demands of the gods of the age are not without consequences. In particular, when human beings deny the one true God, they don't cease to believe. They simply redirect their beliefs elsewhere. While there is little to celebrate on this solemn occasion, it is appropriate to remember those who lost their lives to the scourge of Marxism-Leninism in the decades following the Revolution. Господи, помилуй! Lord have mercy!

Posted by David Koyzis at 12:44 No comments: