Just before Russia's invasion of Ukraine, Kenya's ambassador to the United Nations, Martin Kimani, delivered a momentous speech that demonstrates the stark contrast between a progressive nation looking to the future and an ageing one stuck in a faded imperial past.

Here is a transcript of the most significant part of the address: 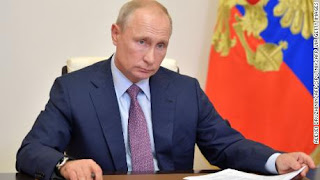 Last month I posted three brief analyses of the Russian-Ukrainian relationship in which I observed that the division between a largely russophone east and a more nationalist west would likely prevent Ukraine moving definitively towards either the European Union and NATO or Vladimir Putin's Russia. The developments of recent days require an update to my earlier observations. Russia's invasion of Ukraine has now altered irrevocably the fraught relationship between the two countries, and it will likely serve to soften the historic division between Novorossiya and the parts of Ukraine once under Polish sovereignty.
Read more »
Posted by David Koyzis at 13:57 5 comments:

The Psalms in wartime 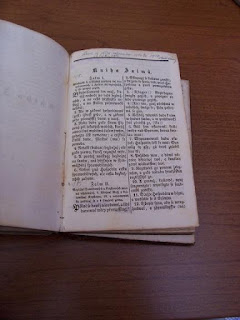 This evening after dinner we read Psalm 27, which I thought appropriate in light of the events of the past hours. Here is something I wrote for the Center for Public Justice eight years ago, which I thought relevant to the current crisis: One Hundred Years Later: The Psalms and the First World War. An excerpt:

Nearly four decades ago, I visited Prague, the capital of what was still communist-ruled Czechoslovakia and, before the First World War, part of Austria-Hungary. During my time there, I purchased in an antiquarian bookshop a Czech-language New Testament and Psalms published in 1845 for “Evangelical Christians of the Augsburg and Helvetic Confessions,” that is, for Lutheran and Reformed Christians. The print was in the old German black letter font, and even some of the spelling was obsolete. 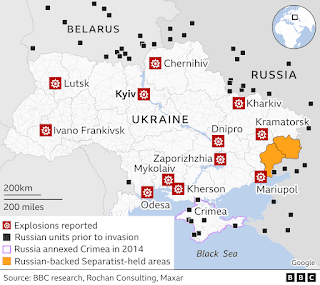 By August of 1914 Europeans had enjoyed just under a century of relative peace, punctuated by smaller regional conflicts such as the Crimean War and the Franco-Prussian War. Trouble had been brewing throughout the latter decades of this era. Nevertheless, Europeans had managed to muddle through these years, and the fact that so many royal families were related to each other appeared to guarantee continued peace. The 19th century had been an age of material progress as railways and telegraphs greatly enhanced transportation and communication. More people were entering the middle classes, and prosperity was more widespread than at any time in history. War? Unthinkable.
Read more »
Posted by David Koyzis at 10:39 1 comment:

I have just posted my Global Scholars Canada newsletter here: FEBRUARY 2022 newsletter, with the good news that last year's donation challenge was a great success. Thank you to everyone who made this possible. Your support means a lot to me as I continue my work as a Global Scholar in the service of God's kingdom.

This week I was privileged to deliver three lectures to the community at Seminário Bíblico do Nordeste (Northeastern Biblical Seminary) in Carpina, Pernambuco, Brazil, not far from the major coastal city of Recife. The first lecture was titled "Ideology, Religion, and Idolatry," delivered on monday evening. The second was "The Redemptive Stories of the Ideologies," given on tuesday. And the third was "Towards a Non-Ideological Alternative: Two Approaches," on wednesday. The occasion was the opening week of the new semester. The lectures have been posted below:

My translator for the three evenings was a young man named Carlos Augusto. As someone with only a passing knowledge of Portuguese but with a general interest in languages, I was fascinated by the distinctive Nordestino accent, which hardens the či  sound to ti and softens the final s to š.

Posted by David Koyzis at 10:23 No comments:

Not our own: Noble's critique of self-belonging 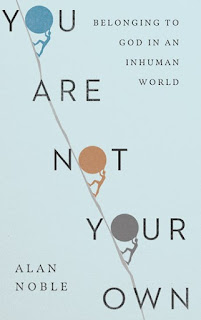 Cateclesia Forum has published my review of Alan Noble's You Are Not Your Own: Belonging to God in an Inhuman World, which was published last year. My review is titled: Not Our Own: Noble’s Critique of Self-Belonging. An excerpt:

From social media profiles to our in-person interactions with others, we try to appear distinctive and important, while the world continues to treat us in increasingly standardizing ways. The numerous paradoxes flowing out of this constant quest for authenticity leave us perplexed and even angry at times. We want to define ourselves by ourselves, no matter the consequences for others, and yet we crave those others’ recognition of that identity. Thus, we are left feeling insecure and anxious as we seek to belong while keeping our communities at an ostensibly safe distance to protect our increasingly fragile sense of self.

The synthetic gospel of Liberation Theology 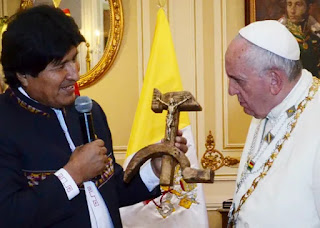 A while back, a friend, knowing of my associations with the Christian community in Brazil, assumed that my contacts would be heavily into Liberation Theology, a praxis-oriented theology that began in Latin America just over half a century ago and reached its peak of popularity during the 1970s and 80s. But, no, most of the people I've come to know in Brazil are fairly negative towards it, seeing that its promises have not been fulfilled and have perhaps made matters worse. Nearly two years ago, I published an article with Kuyperian Commentary to which I did not link at the time but do now: The Synthetic Gospel of Liberation Theology. Here's an excerpt:
Read more »
Posted by David Koyzis at 12:09 No comments: