The best-known version of this ancient Christmas matins hymn may be that of Tomas Luis de Victoria, but American composer Morten Johannes Lauridsen's lovely setting movingly conveys the spirit of the text:


O great mystery,
and wonderful sacrament,
that animals should see the new-born Lord,
lying in a manger!
Blessed is the Virgin whose womb
was worthy to bear
Christ the Lord.
Alleluia! 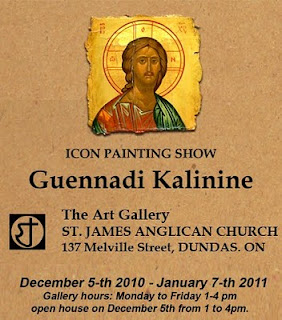 The exhibit runs through 7 January 2011, which coincides with Christmas in the Julian calendar followed by the Orthodox Church. Definitely worth a visit.
Posted by David Koyzis at 08:30 1 comment:

Posted by David Koyzis at 09:32 No comments: