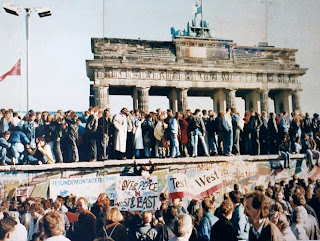 Later: The New York Times carries some wonderful before and after photographs of the Berlin Wall: A Division Through Time. They’re definitely worth a look.
Posted by David Koyzis at 09:46