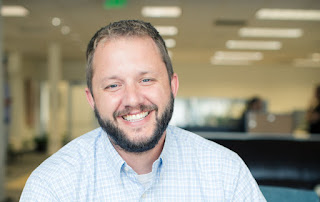 
Why Amsterdam? To start, for quite some time Dutch politics has been preoccupied with the immigration issue in a way that differs markedly from the United States and Canada, two countries formed by immigrants. But more significantly, the Netherlands has experience with a deliberate effort to conciliate religious and ideological diversity that began in the late nineteenth century and continued in the following century up to the 1960s. The figure of Abraham Kuyper (1837-1920) was particularly significant in enabling a beleaguered Reformed Christian minority to construct and maintain a pluralist society permitting multiple spiritual communities to co-exist in their own respective spaces while sharing power at the top. In the vocabulary of political science, this is known as consociationalism, a series of social and political arrangements permitting sharply divided communities to co-exist while their respective elites co-operate for shared purposes.

Kaemingk is convinced that Kuyper’s movement offers a compelling alternative to liberal multiculturalism on the one hand and a defensive nationalism on the other. Multiculturalism has proved defective in that it underestimates the power of the deep religious worldviews that shape entire peoples, attempting to paper over differences with the superficial canons of political correctness. The effort to advance multiculturalism has produced a nationalist backlash bringing to office such figures as Donald Trump in the US, Jair Bolsonaro in Brazil and Viktor Orbán in Hungary. These have exploited the popular sentiment that too many immigrants are coming in, taking jobs away from native born citizens and forming a criminal underclass. Many Christians, disillusioned with rule by a globalized elite, have turned to such figures to set matters right.

Kaemingk surveys the Dutch scene in particular, focusing on the late Pim Fortuyn and Theo van Gogh, Ayaan Hirsi Ali and Geert Wilders, whose Party for Freedom is now the second largest political grouping in Parliament’s Second Chamber. Of course, given that the Netherlands has been a largely post-christian country since the 1960s, such leaders have marginalized Islam, not by asserting a renascent Christianity, but by holding up a monolithic Dutch secularism, including the sexual revolution, as the singular achievement threatened by Muslim immigrants. The irony is that the former consociational arrangement pioneered by Kuyper and his Protestant and Catholic contemporaries has crumbled in the face of a supposed tolerance that has become increasingly oppressive in recent years. This has implications for both Christians and Muslims.

Given the history of the Netherlands—of a failed struggle against an eventually victorious secularism—is it possible to recover the Kuyperian pluralistic vision in a new century? Is it possible to recover the shared civic space that once allowed Protestants, Catholics, liberals and socialists to co-exist and even to co-operate at the elite levels? More to the point, is it possible to expand this space to include yet a fifth social segment constituted by the Islamic community? Thus far the prospects do not look good.

This is where Kaemingk makes his contribution. Drawing on philosopher James K. A. Smith’s writings on the liturgies that habituate communities into the ways of their respective faiths, Kaemingk proposes that Christian pluralists need to worship in a way that recognizes that God has taken the initiative and that we respond to his grace by moving him to the centre of our common life, shaping our worship practices and rituals accordingly. How does this affect our relationships with other faith communities? Kaemingk offers the following:


Because God is patient with us in the present age, we have reason to be patient with those who are different from us. But Kaemingk is persuaded that we must go beyond this and embrace our neighbour with the love that God has shown to us.

Kaemingk offers several examples in the Netherlands of Christian communities reaching out to their Muslim neighbours, as surveyed under the headings of “Academic Hospitality” (241), “The Micro-Politics of Food” (250), “The Micro-Politics of Medicine” (252) and “The Micro-Politics of Coffee” (255). I especially appreciated his portrait of Christians and Muslims sharing meals together and sampling each other’s cuisine as a basis for furthering inter-communal understanding. Indeed, one wonders whether this might be an effective form of evangelism, as shared table fellowship has a rich—even sacramental—significance for Christians. Kaemingk ends his discussion on the hopeful note of a “table politics” (304-5), which left me, dare I say, hungry for more from him on the topic.

As a Christian with familial roots in the former Ottoman Empire, I applaud Kaemingk’s efforts to encourage inter-faith harmony on the ground. As a political scientist, however, I would like to have heard some public policy options for addressing the dilemmas of Amsterdam and Mecca. It would be unfair of me, of course, to criticize someone for not writing the book I think needs writing on the subject. Nevertheless, if we are to allay the apprehensions of the members of a host community on a significant scale, it would be good to know how those charged with policy-making responsibility might address the issue. A wall may not be the proper response, yet all communities must function within limits, or they cease to be communities. There is no such thing as an all-inclusive community, and this goes for political communities as well.

Kaemingk’s discussion of the creation and defence of “Muslim Spaces in America” (278-288) raises the knotty issue of the degree of confessional pluralism compatible with political unity. Political philosopher Pierre Manent recently set forth his own approach to the challenge of Muslim immigration to France in Beyond Radical Secularism (2016). Manent argues that, if Muslims want to be a part of the French political community as Muslims, they must make two concessions. First, they must accept the public life offered by their host country, abandoning such elements as polygamy and the burqa. Second, they must give up their financial dependence on other countries with Muslim majorities, relinquishing their loyalties to their former homelands. Manent’s notion of confessional pluralism thus comes with heavy constraints which, to most French citizens, may seem entirely reasonable. This would presumably exclude Shariya law, even within Muslim communities themselves.

Yet Kaemingk correctly points out that “America has a long history of delegatinga legal authority to Jewish, Catholic, and Protestant courts and tribunals for limited private disputes” (273). This implies that Muslims appealing to Shariya law to regulate their own internal affairs has a certain legitimacy, comparable to that exercised by other faith communities. Thus efforts in some states to ban Shariya law are misguided and threaten the integrity of non-muslim communities as well. There is thus good reason to protect the local Muslim community qua community and not just as a collection of individuals believing the same thing.

Where I remain uneasy in all this is in recognizing that immigrant communities bring with them their culturally-specific customs and mores, which may stand in some tension with those of the host country. Constitutional and representative government is not a product of deliberate design by political geniuses, as Americans are tempted to assume. Rather, it grows out of specific and supportive traditions, which, taken together, make up the larger political culture. Efforts to replicate the success of the American system in Latin America, Asia and Africa have repeatedly failed, due to the historic lack of experience with self-government in those regions. Might Muslim immigrants to the west carry with them a preference for personal autocratic rule over democratic institutions? Might they favour establishing an Islamic state in their host countries? These possibilities cannot be altogether excluded, although it seems likely in most cases that those moving to America do so because they prefer the latter’s political traditions to their own. Why leave a country behind if you seek to remake the host country in its image?

Yet it may be that Kaemingk has indirectly anticipated my concerns with the very rituals and liturgies he proposes in his book. If culture flows upwards from the ground, then perhaps it makes sense, after all, to habituate ordinary people to reach out to their neighbours and to nurture the patterns that draw people together in a variety of shared projects, including politics. The future may be no less uncertain, but we have to start somewhere, turning our efforts over to a sovereign God to use as he will.
Posted by David Koyzis at 14:35