Voices at the Margins: the problem with identity politics 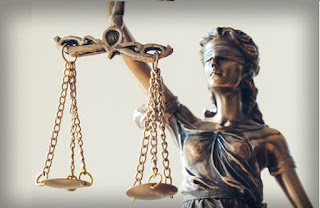 The Bible manifests great concern for marginalized, especially those among the people of God who fell into the categories of widow, orphan and resident sojourner. Because these groups were at a disadvantage under the land tenure system, thus deprived of a secure means of livelihood, the law of Moses mandated special means of ensuring that such people be provided for. When I was teaching, I would give my students a series of scripture texts that emphasized our duty to care for the poor, such as Isaiah 1:11-17, 10:1-4, Amos 5:21-24, and Psalms 72 and 82.

In recent years this recognition that God calls us to care for the poor and oppressed has taken a new form. Now many people are telling us that we have an obligation to listen to the voices of the marginalized. What does this mean?
The book of James may provide a clue:

Behold, the wages of the labourers who mowed your fields, which you kept back by fraud, are crying out against you, and the cries of the harvesters have reached the ears of the Lord of hosts.


Here the voices are of those who have been cheated of their wages, that is, they have been victims of injustice. Their employers have ignored their cries and are therefore subject to God’s judgement, as pronounced by the apostle. If the labourers have been marginalized, it is because their employers have pushed them to the margins–something that must be rectified. How? By paying them the wages they are due.

Other uses of the term marginalized are more subtle and cannot necessarily be ascribed to injustice committed by someone else. Indeed they may be altogether irrelevant to the ongoing struggle between justice and injustice. Every created thing has a centre and edges. What qualifies as genuine art may differ from culture to culture, but some works are more central than others. From an aesthetic perspective, the Venus de Milo and the Mona Lisa are paradigmatic works of western art. A Thomas Kincaid painting or a St. Christopher medal hanging from the rear view mirror are more marginal. On the other hand, from a faith perspective, the St. Christopher medal might be judged more central and the Mona Lisa peripheral. This assessment, of course, always reflects someone’s culturally-conditioned understanding of what is and is not worthy art, and of what is and is not of spiritual significance. Yet such assessments are unavoidable.

The same is true of human communities. In France, the French language is central to the French body politic, while other languages, such as Occitan, Breton and Basque, are marginal. Furthermore, something that is marginal in one context may be central in another. The Danish language is a marginal language in Germany, while German is marginal in Denmark. There is nothing amiss in this; it is just how communities work. They must be bound together by something actually shared, but not by everything that could possibly be shared. In any community, there are always majorities and minorities, whether ethnic, linguistic or racial. Again this reality is a structural feature of virtually every society, and there is no way around it.

If calls to listen to the marginalized are predicated on the assumption that it is possible to restructure a community so as to eliminate the distinction between centre and margins, then this must be recognized to be a utopian hope incapable of fulfilment. Why? Because it ignores the very nature of reality. Misguided efforts to change the nature of reality quickly become tyrannical, even totalitarian.

People are on the margins for a diversity of reasons, not all of which can be traced to malice or injustice. Racial segregation in the American South forcibly marginalized blacks and privileged whites. This was obviously unjust, and efforts to move blacks from the margins and into the ranks of voting citizens were a legitimate means to correct this injustice.

On the other hand, some people find themselves on the margins because of personal choices made, substance abuse, mental illness or criminal activity. Obviously, we still need to reach out to such as these, and there are many people, for example, social workers, chaplains, and counsellors, whose work is dedicated to helping them. But to conflate these groups and to place them in a single category is to do an injustice to all. To equate black Americans with prisoners is unfair to blacks who were once marginalized for nothing more than the colour of their skin. But it is also unfair to prisoners, who must be treated according to their status as prisoners. We need to reach out to and care for prisoners, but this cannot mean that, out of misguided sentiment, we simply free them from their imprisonment, if they are being justly punished.

In a political context, listening to the marginalized means hearing and weighing claims in the balance in the interest of doing public justice, and this requires discernment. Here listening to the voices of the marginalized cannot mean that we suspend our critical faculties. In particular, we need initially to acknowledge that human beings tend to think that many of the negative things that happen to them are the result of unfair treatment and that they have a right to something simply because they want it. But a mere demand does not automatically make for a right.

Because “the marginalized” is such an imprecise category covering so much ground, we need to be careful not to romanticize those wearing the label who are just as subject to sin as the rest of us. Moreover, we ought not to assume that they possess an “epistemological privilege” (Newbigin) enabling them to see the world more clearly than others. The perspectives of marginalized people should definitely be taken into account, but because they amount to several perspectives among many others, they cannot be the last word and ought not to be used to shut down discussion.

Listen, by all means. But listen carefully and critically, refraining from leaping too quickly to a conclusion that might in reality miscarry justice.
Posted by David Koyzis at 12:51