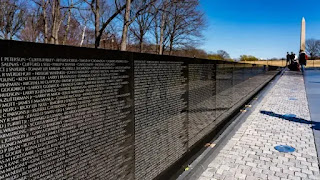 My latest Christian Courier column assesses the recent American military loss in Afghanistan, which recalls to mind the Vietnam fiasco: A humiliating defeat. An excerpt:

When the U.S. invaded Afghanistan in 2001, many of us had hoped that the U.S. had learnt its lesson from a quarter century earlier. And what was that lesson? Make sure that any foreign military involvement clearly defends legitimate American interests, know the country and its people where your troops are stationed, and keep the goals realistic. Among other things, this rules out nation-building.

Unfortunately, the George W. Bush administration, once its troops were on the ground in Afghanistan and later Iraq, succumbed to idealistic dreams of reshaping these countries into stable constitutional democracies. Unfortunately, a successful democracy is dependent on two major factors: first, a cohesive sense of nationhood, and second, supportive political traditions. Both were absent in the two countries. This practically guaranteed that the wars would become quagmires with no easy exit.