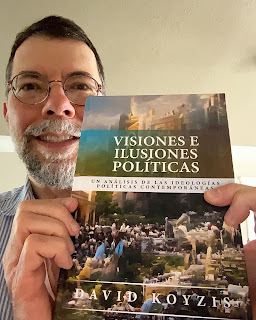 Sources differ on the numbers of Spanish speakers in the United States, but their presence is enough to make that country one of the largest hispanophone nations in the world, possibly outranking Spain itself. Indeed, automatic teller machines in banks will prompt you to choose between English and Spanish, even though Spanish is not an official language of the United States . . . .

In 2014 the Pew Research Center reported that the Catholic share of the Latino population was declining, with evangelical and unaffiliated numbers growing. According to the report, Hispanic evangelicals attend church at higher rates than Catholics and are more involved in related activities such as Bible studies and evangelism. With the Latino population increasing in the U.S., it seems likely that Christianity will become more Hispanic as religious observance declines among the white middle class.