The seeds of the gospel: remembering the Queen 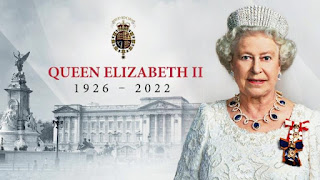 Over the past not quite two weeks, the world has witnessed the grandest of ceremonial and pageantry in honour of Her Late Majesty the Queen, beginning with the memorial service at St. Giles Cathedral, Edinburgh, then the funeral a week later at Westminster Abbey, and finally the committal service at St. George's, Windsor, where she was laid to rest. Great Britain is, of course, famous around the globe for the pomp and circumstance with which it surrounds its monarchy—something which other constitutional monarchies long ago put behind them.

Nevertheless, what stood out for me in these three memorial services is the extent to which they focussed, not so much on the Queen's life and witness, but on the person of Jesus Christ whom she trusted as her Saviour. To be sure, there was some eulogizing, especially by the Archbishop of Canterbury, Justin Welby, during the funeral.

Yet what we experienced in these services was not some bland tribute to a head of state, dressed in the ornamentation of office or personal status, but the church at worship of the Triune God. Each service had obviously been meticulously planned and choreographed well in advance, with the Queen undoubtedly contributing substantially to its content. Thus we heard multiple scripture readings and Psalms in many different forms, including metrical and chanted. We are told that the 1650 Scottish Psalter's Psalm 23, set to the familiar tune CRIMOND, was one of the Queen's favourites, as was All My Hope on God Is Founded, which was sung at the committal service.

It is, of course, impossible for us to judge the extent to which the Christian faith lives in the hearts of the Rt Hon Patricia Scotland, Secretary-General of the Commonwealth, who read 1 Corinthians 15, or of the new Prime Minister Liz Truss, who read John 14. But I was impressed by the fact that these public officeholders were effectively proclaiming the gospel to scores of millions of people tuned into the proceedings. This is quite evidently what the Queen had wanted. May the seeds of the gospel planted at these worship services bear fruit in the hearts and lives of those who witnessed them.

Thank you, David, for highlighting this very profound focus of the Queen's funeral celebration which so clearly pointed to the faith that was the foundation of her life. May this witness have many reverberations, personal and beyond.

I'm not a monarchist, but I was delighted by the funeral. I was pleasantly surprised by Welby's sermon because I expected general religious platitudes. This was a truly Christian sermon. He stated that the King shared his mother's faith. I pray that it is so.

David holds the PhD in government and international studies from the University of Notre Dame. He is the author of the award-winning Political Visions and Illusions (2019), We Answer to Another: Authority, Office, and the Image of God (2014), and multiple scholarly and popular articles. At present he is working on another book with the provisional title, "Citizenship Without Illusions." He currently writes for First Things, Christian Courier, Kuyperian Commentary, and Cateclesia Forum. He has maintained this blog since 2003. He taught undergraduate political science at Redeemer University College for thirty years.