The incarnation: a stumbling block

The following piece appeared in the 8 December issue of Christian Courier, as part of my monthly column, titled Principalities & Powers:

In the liturgies of some churches, the congregation stands at the reading of the gospel lesson. There may even be a gospel procession in which the celebrant walks down the aisle accompanied by two people, one bearing a candle held aloft to provide the symbolic light and another carrying the book from which the lesson will be read. This is a sign of respect for the gospels, which, uniquely in Scripture, tell the story of Jesus’ life, death and resurrection. 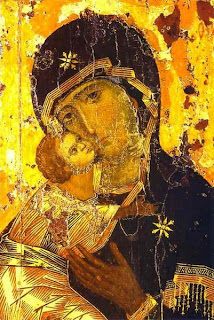 It is striking, however, that only two of the gospels, Matthew and Luke, contain infancy narratives. Each provides a different, albeit complementary, account of Jesus’ birth, but both agree that he was born in Bethlehem, the city of his remote ancestor David. Mark, whose gospel is much shorter than the other four and is devoted largely to Jesus’ deeds rather than his words, does not mention the birth at all, focussing instead on the beginning of his ministry and the inaugural role of John the Baptist.

The fourth gospel is different from the three synoptics. If John passes over Jesus’ infancy, he nevertheless bears clear testimony to the incarnation:

God became man in Jesus Christ. This is what we confess weekly in our churches and it’s what separates Christians from the followers of the other Abrahamic religions.

A decade ago a former moderator of the United Church of Canada revealed in an interview that he did not believe that Jesus was divine or that he had literally risen from the dead. Naturally this created controversy in his own church and elsewhere, but his doubts are shared by many. After all, if Jesus was a mere human being, even a very good one, and we nevertheless worship him, we are guilty of nothing less than idolatry. This is precisely what Jews and Muslims believe about Christians.

Yet if God did not become man, we are still in our sins and there is no salvation for us. For no mere human being could bear the weight of God’s anger at our sin and thereby release us from it, as the Heidelberg Catechism affirms (Question 14). Only the One who is true God and true Man can work our salvation from the debt of sin (Questions 15-18). This is the message of the gospels and there can be no doubt that it is a stumbling block to many, as Paul puts it (1 Corinthians 1:23), even to some who would otherwise claim the label Christian.

Nevertheless, the church has always taught that, read together, the four gospels give us a full understanding of who Christ is. John affirms that God become man in the incarnate Word, while Matthew and Luke relate that the Word-made-flesh was born of an ordinary woman in humble circumstances, far from the centres of political power yet threatening enough to be hunted by an apprehensive local ruler.

God became man in Jesus Christ, a momentous event that is still foolishness to the nations two thousand years later.
Posted by David Koyzis at 01:08