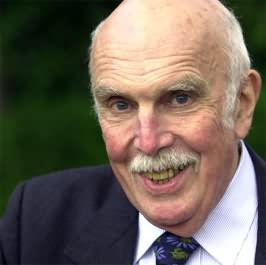 My students and former students will be well acquainted with this British political scientist, whose classic In Defence of Politics is well worth reading nearly 47 years after it was first published. The following is adapted from what I wrote about him more than five years ago in this space:

Remarkably Crick called himself a socialist, but, unlike many socialists, he was at pains to emphasize the distinctiveness of the political enterprise, which cannot simply be reduced to economics or an economically-based class struggle.

Politics is too often regarded as a poor relation, inherently dependent and subsidiary; it is rarely praised as something with a life and character of its own. Politics is not religion, ethics, law, science, history, or economics; it neither solves everything, nor is it present everywhere; and it is not any one political doctrine, such as conservatism, liberalism, socialism, communism, or nationalism, though it can contain elements of most of these things. Politics is politics, to be valued in itself, not because it is 'like' or 'really is' something else more respectable or peculiar. Politics is politics. The person who wishes not to be troubled by politics and to be left alone finds himself the unwitting ally of those to whom politics is a troublesome obstacle to their well-meant intentions to leave nothing alone (pp. 15-16).

One might, of course, quibble with his assumed definitions of religion and ethics, but this is otherwise a pretty good statement.

Among the antipolitical trends from which Crick defends politics are ideology, democracy and nationalism. (His critique of democracy is largely responsible for my including a chapter in my own book on democracy as ideology, a chapter that might initially puzzle otherwise sympathetic readers.)

Influenced by Aristotle and Hannah Arendt, Crick views politics as an irreplaceable and irreducible activity that peacefully conciliates the diverse interests in society. Politics in this sense is untidy and rarely conforms to every aspiration people would impose on it. It is necessarily limited and cannot solve every problem. Yet we cannot do without it.

Sir Bernard was knighted in 2002 for his service to civic education in the United Kingdom.
Posted by David Koyzis at 19:08