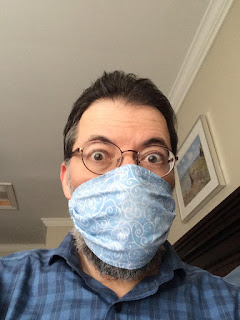 Over the past two centuries, the pace at which we have succeeded in taming our environment has accelerated, tempting us to assume that we are in nearly absolute control over our own lives and futures. Although my grandparents lived through the 1918 Spanish Flu pandemic, many millions did not. The last flu pandemic took place when I was 13, killing one million people worldwide and 100,000 in the United States. As a boy I was afflicted, like virtually all of my peers, with the “normal” childhood diseases such as measles, rubella and the mumps. But we were inoculated against more serious maladies such as smallpox, diphtheria and polio. As an increasing number of diseases have been conquered by medical researchers, we were lulled into thinking that good health is a right to which we are entitled.

Now, quite unexpectedly, we are faced with another pandemic, the COVID-19 coronavirus. And we are freshly reminded that we are not in control; we are still subject to the vicissitudes of life beyond our powers.

One of the means that we use to combat the threat of disease is government, especially during times of emergency. No other institution in our society is as well placed to address conditions facing huge numbers of people at once. During wartime, governments assume emergency powers to mobilize the citizenry to fight an invader or a domestic insurrection. Normal liberties and immunities are suspended, as curfews and other constraints are imposed for the duration of the crisis. Governments may limit information ordinarily available to citizens in peacetime. They may detain without trial those suspected of hindering the war effort – something they would not do in normal times.

But epidemics differ from wars. First, outwitting a human enemy requires great skill and perseverance, as we face agents capable of strategizing and outwitting us in return. Defence ministers, generals, code breakers and military strategists are needed to mount a successful campaign. Obviously a virus cannot make plans to defeat us, yet as it mutates continually, it can often appear to be sentient, secretly hatching ways to elude our grasp.

Second, at war’s end, we must learn once again to live with the enemy, seeking to establish a lasting peace between recent combatants and resuming normal international relations. As for disease, we would prefer to obliterate it outright, and we have been remarkably successful with smallpox and polio. Nevertheless, we may have to be content to find ways to contain it and limit its impact on as many people as possible, hoping that it will mutate into a less lethal form.

Because this requires a coordinated effort amongst several governments – federal, provincial and local – addressing a pandemic is all the more complicated. Moreover, governments cannot take action by themselves, and an array of private institutions and organizations must play their part as well.

At morning prayer I’ve been reading through the gospel of Luke, and in recent days I’ve immersed myself in the stories of Jesus’ numerous healings of the sick. This morning I was in chapter 7, in which Jesus cures a Roman centurion’s servant. I found it a good reminder that, no, we are not in control after all. Yes, we are culture-shaping creatures charged by God with subduing our surroundings for his glory. But life and death and sickness and health finally belong to the One who promises that we will one day enter his rest, free from tears, death and disease.

In the meantime, as the Great Litany in the Book of Common Prayer expresses it: From lightning and tempest; from earthquake, fire and flood; from plague, pestilence and famine, Good Lord, deliver us!

Originally published in Christian Courier.
Posted by David Koyzis at 09:00