Theresa's musical education continues. These days we're listening to the music of Brazil, particularly that of the great Antônio Carlos Jobim (1927-1994). Possibly more than any other person, "Tom" Jobim embodied the sound of his native country in the latter part of the 20th century. He became well known in North America during the early 1960s, when his Girl From Ipanema hit the popular music charts. Brazil's music had come north before, its chief export being the colourful Carmen Miranda, whose sultry voice and fruit-laden headpieces had made her a household name during the 1940s and early '50s. But Jobim's music was different. Most of his compositions employed the rhythmic idiom of the samba, a dance developed by the slaves imported from the African continent. But in Tom's hands the samba became the Bossa Nova, the "New Thing," with its sophisticated, bebop-inspired chord progressions and cool, restrained beat. It was singularly suited to the optimism of the early '60s, when Brazil's future looked bright and a new planned capital city was bringing hopeful citizens to the heretofore uncharted hinterlands. 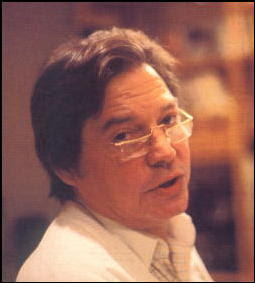 
Although Tom's first big hit eventually became something of a cliché -- a tribute to its staying power -- more great music poured out of his imagination, including Wave, Corcovado (known in English as Quiet Nights of Quiet Stars), Desafinado, and many others. So gifted was he as a melodist, that he could turn a single note (One Note Samba) or two notes (Aguas de Marco) repeated any number of times -- seemingly guaranteed to produce a hopelessly weak tune -- into a compelling piece of music and a virtual classic.

The influence of his unique style can be seen in the music of other popular and jazz composers, such as the late Vince Guaraldi, best known for scoring Charlie Brown's Christmas and the other animated television specials based on Charles M. Schultz's famous Peanuts comic strip. Jobim's songs were themselves picked up by the likes of Frank Sinatra and Sergio Mendes.

A good place to start for anyone interested in Jobim's music is Verve's Jazz Masters 13 recording put out by PolyGram Records in 1994, titled simply, Antonio Carlos Jobim.