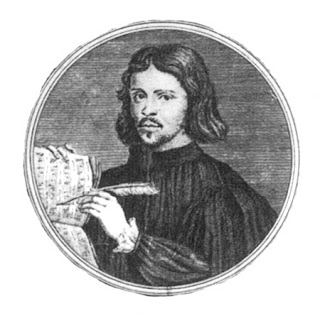 One of my favourite pieces of music is Ralph Vaughan Williams’ Fantasia on a Theme by Thomas Tallis, written by the famed English composer in 1910. I fell in love with this magnificent work 25 years ago while studying for one of my written comprehensive exams at Notre Dame. The “theme” in the title is a tune composed by the Renaissance composer Thomas Tallis for Archbishop Matthew Parker’s Psalter to which a versification of Psalm 2 is set. In most hymnals it is given the title THIRD MODE MELODY, because it’s in the phrygian mode, and it is sometimes paired with Horatius Bonar’s text, I Heard the Voice of Jesus Say. In the Christian Reformed Church’s Psalter Hymnal a metrical version of Psalm 62 is set to it.

The tune itself doesn’t seem especially strong, at least at first. There’s not much movement in the first half of the melody, which sneaks up on the listener hesitantly with a chant-like quality. But there’s something compelling about it, all the same. Like most music of the period, it lacks a regular time signature, yet it’s in the double common metre ubiquitous in English psalmody and hymnody. Above all it is an “ecclesiastical” tune, breathing the spirit of the church’s liturgy.

In the hands of Vaughan Williams this tune takes on an unforgettably haunting quality. The Fantasia is played entirely by strings, and the composer even employs parallel fifths, which defy musical convention but work wonderfully to heighten a sense of awe and mystery. When the piece finally brings us back to the original tune, we recognize that we have been on a remarkable musical journey – perhaps into a nearly forgotten past of some four and a half centuries ago. On more than one occasion this piece has left me with moist eyes. Listen for yourself below:

One can nearly picture the peaceful nobility of the English countryside in the composer’s swelling cadences. I myself tend to associate it with another tranquil landscape, viz., that formed by the land along the Illinois Prairie Path, where I rode my bicycle during that summer of a quarter century ago.

Remarkably, Vaughan Williams seems to have considered himself an agnostic, despite his having contributed so much to the music of the English church. Who does not love to sing For All the Saints, set to his whimsically (un)named SINE NOMINE? Incidentally Vaughan Williams was the grandnephew of Charles Darwin.

As for Tallis' THIRD MODE MELODY, here is another elaboration composed by the late Texas composer Fisher Tull in 1971, Sketches on a Tudor Psalm. This has a quite different feel to it. While Vaughan Williams' Fantasia is written entirely for strings, Tull's Sketches are for brass band. This gives the piece a less tranquil and more dynamic and agitated flavour, as underscored by the discordant tonality and energetic percussion. There are echoes of Vaughan Williams in a very few of Tull's phrases. Here is a description of Tull's work:

Sketches on a Tudor Psalm is based on a 16th Century setting of the Second Psalm by Thomas Tallis. The original version was in the Phygian mode with the melody in the tenor voice. A modern adaptation is still used today in Anglican services. The introduction sets the harmonic character by emphasizing the juxtaposition of major and minor triads. The theme is first presented by solo alto saxophone, continued by horns, and followed by a fully harmonized version from the brass. The variations begin to unfold in an Allegro section with a melody in the clarinets that was constructed from the retrograde of the theme. Fragments of the theme are selected for rhythmic and melodic transformation. Finally, the opening harmonic sequence returns in highly punctuated rhythms to herald the recapitulation of the theme beginning in the low woodwinds and culminating in a full-scored setting of the climactic measures. A coda continues the development as the music builds to a triumphal close on a major chord.

Finally, soon after discovering Tallis' tune, I wrote a metrical versification of Psalm 25 to be sung to it, along with my own arrangement of the melody. I will not claim it to be the equal of Vaughan Williams' or Tull's efforts, but it is intended to return it to its original use, namely, as a setting for a psalm.
Posted by David Koyzis at 03:53