Seeking the good of marriage

At the beginning of the year I wrote a short series of posts on friendship, intending to cover the topic more extensively than I ended up doing. However, I did promise to come back to the subject of marriage, and I think now is a good time for that. My doing so was inspired by reading these two, seemingly contrasting, articles: The Case for Early Marriage, by Mark Regnerus, and On Christian Singleness and Secular Sexuality, by Joi Weaver.

From the beginning the church has made place for both marriage and the single state, in many cases esteeming celibacy above ordinary marital relations, as Weaver indicates. Indeed virtually the entire Roman Catholic clergy is celibate and the upper echelons of the Orthodox clergy are as well. Since the 16th century, however, celibacy has generally not been favoured by evangelicals and in some cases it has been positively discouraged. Some are indeed called to a life of celibacy, but these will always be exceptional. The vast majority of God's image-bearers will marry and have children, a necessary reality of life if a given society is to survive from one generation to the next.

Sad to say, this diversity of callings with respect to marriage has come to be viewed by the larger society as a mere choice amongst alternative sexual lifestyles, of which so-called traditional marriage is only one. If we respect the person's right to choose, then it is expected that we will maintain a benign equal regard for every such choice. It is a small step beyond this to the assumption that we have the right to redefine marriage itself, an action taken by a number of jurisdictions, including Canada, in recent years. 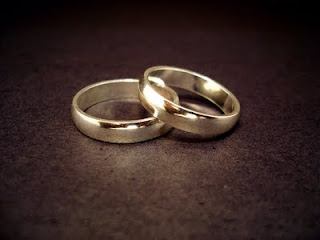 However, if marriage is an institution, possessing its own nature and whose contours are set, not by the marrying couple, but by God himself, then we must necessarily take a fundamentally different attitude towards it. I myself am only two generations removed from arranged marriage, as my paternal grandparents were betrothed to each other at the initiative of my grandmother's older brother, who had become responsible for his younger siblings after their parents died. Although I am not in favour of reviving this custom, I have sometimes wondered whether arranged marriage does not better communicate its true nature than the more recent love match. Some 40 years ago popular musician Sergio Mendes put this lyric into his cheerful song, Pretty World: "We'll hang a little sign that just says, 'Paradise, Population two.'" Yet real marriage is not just the private preserve of two people; it occurs within the context of community and, given the intrinsic fertility of the marital act, it has the potential to create community as well.

Is marriage itself a community that needs to be nurtured by husband and wife, as well as by the neighbouring communities of extended family, church, state, workplace and so forth? Is marriage more than the sum of two persons? Though the larger society may have lost sight of this, it is nevertheless true. This is the clear teaching of scripture as well, from Genesis 2:24 to Matthew 19:5, Mark 10:7-8, 1 Corinthians 6:16 and Ephesians 5:31. In marriage husband and wife become one flesh.

And what of the age of marriage? Is it better to marry young or to wait until one is better established and more mature? There is no single right answer to this. I myself married late, while my sister married at just under 21 years of age. There is something to be said for both paths into matrimony. However, it now seems to me, despite my own example, that the bulk of the arguments fall on the side of young marriage, albeit not too young. Late marriers have fewer children, due to decreasing levels of fertility, possible health complications and the simple fatigue that comes with age. Too many people taking this path will result in a below-replacement birthrate, which is unsustainable over the long term. That's the negative reason. A positive reason is that, when a man and a woman marry young, because they are still finding their way into adulthood, they are more likely to grow into it together, shaping each other's attitudes, values and commitments as they do so. They are better able to realize the "one flesh" union spiritually than those who have already lived much of their adult lives single, with attitudes already well-formed and commitments in place.

There are, of course, exceptions to this. Yet whichever path is taken, we must remind ourselves that marriage is not just another lifestyle choice. Nurturing marriage is hard work. Giving ourselves unreservedly to another is not easy, especially in the context of a society that glorifies personal autonomy and independence. Yet this is exactly what we must do if we are to seek and achieve the good of our marriages.
Posted by David Koyzis at 02:27