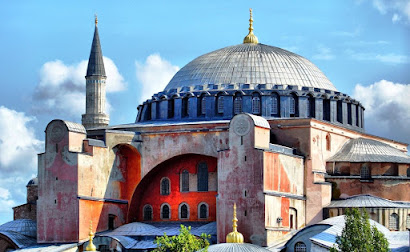 Last month it was reported that a Turkish court has cleared the way for the historic Hagia Sophia, an ancient Roman church built by the Emperor Justinian in the 6th century, to return to its former use as a mosque. Known as Ayasofya to the Turks, it functioned as a Muslim place of worship between 1453, when the Ottoman armies of Mehmed II, the Conqueror, conquered Constantinople, and 1934, when Mustafa Kemal Atatürk turned it into a museum.

Since then this architectural wonder has seen millions of tourists file through its interior, which once echoed with the sounds of Byzantine chant and Muslim prayers but now houses the ancient artefacts of two civilizations and two religions. Because Islam prohibits the presence of images in worship, the status of the building’s Byzantine mosaics, uncovered in recent times, remains uncertain.

This development is consistent with the efforts of President Recep Tayyip Erdoğan to move his country away from the secularizing Kemalist legacy towards a more Islamic identity.

Read the full column in the latest issue of Christian Courier.