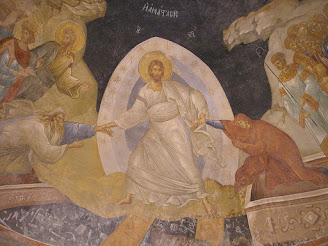 Turkish President Recep Tayyip Erdoğan has done it again. This time it's the much smaller Chora Church in Istanbul, dating back to the 4th century: Turkey Turns Another Historic Church into a Mosque.

A decision by President Recep Tayyip Erdogan, published in the country’s Official Gazette, said Istanbul’s Church of St. Saviour in Chora, known as Kariye in Turkish, was handed to Turkey’s religious authority, which would open up the structure for Muslim prayers.

Like the Hagia Sophia, which was a church for centuries and then a mosque for centuries more, the historic Chora church had operated as a museum for decades before Erdogan ordered it restored as a mosque.

The church, situated near the ancient city walls, is famed for its elaborate mosaics and frescoes. It dates to the fourth century, although the edifice took on its current form in the 11th–12th centuries.