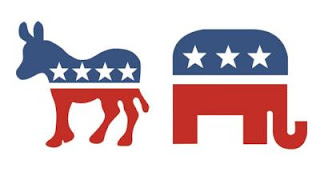 The Gospel Coalition recently published my article titled, The American Political Parties: History, Problems, and Prospects. Here is an excerpt:

With the demise of the Democratic South, the Democrats became home to a certain brand of progressives—to those wishing to expand the individual right to choose, full stop. Under the choice-enhancement state, the apparatus of government continually expands to enable individual choice, but at the expense of non-state communities with more traditional standards of life and behavior . . . . The Republicans have similarly taken the libertarian element to the nth degree, focusing especially on economic life and the market. Generally skeptical of government regulations, many people in the party seek to unleash what they see as the economic dynamism of the American people, liberated from the heavy hand of government bureaucracy. They’re not departing from the liberal tradition, but they’re attempting to turn back the clock in its development, embracing either the night-watchman state or a modest form of the regulatory state.