Ø Serving God in a Global Academy: a Look at Developments in Brazil,  A conversation with David T. Koyzis, 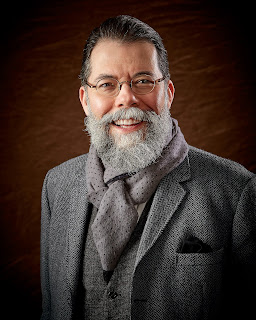 David T. Koyzis is the author of Political Visions and Illusions (2nd ed., 2019) and We Answer to Another: Authority, Office, and the Image of God (2014). He has a PhD in government and international studies from the University of Notre Dame and taught undergraduate political science for thirty years. He lives with his family in Hamilton and is now a Global Scholar with Global Scholars Canada. He will be sharing his international work with the Oak Centre Inklings on Wednesday, 2 June 2021 at 4 pm, especially his growing relationship with the Christian community in Brazil, where his first book was just released in a 2nd edition by Edições Vida Nova in São Paulo. He will be discussing something of Brazil's history, the explosive growth of evangelicalism, and its implications for the larger society and political culture.

Commenting in a recent interview on the Brazilian political landscape, David made the following observations: “I think the biggest issues are threefold: (1) the endemic corruption that has marred political life for decades; (2) the confidence people place in would-be political saviours in the presidency; and (3) the global pandemic, which has disproportionately affected Brazil. I believe these three elements are interconnected. This is where political ideologies play a role. If we are viewing reality through one of the lenses distorted by a false redemptive narrative, we will err in our proposed solutions to contemporary political and social ills. Furthermore, it may be that basic political reforms, along with an enduring change in public attitudes, are needed to break the hold of would-be Napoleonic figures in the public imagination.” 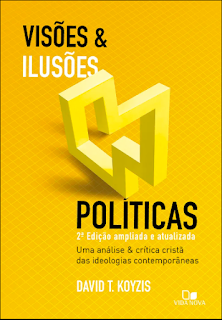 David notes further in this interview:  “As the good news of Jesus Christ continues to spread among Brazilians, let us pray that they will increasingly look to him for their salvation and scale back their expectations of political leaders. At the same time, imagine a Brazil where a public justice movement is in a position to elect candidates to congress and to the presidency. A movement dedicated to stamping out corruption and bringing integrity to the political process. Ora et labora! Pray and work to make it happen.”

Come join us for a lively and informed discussion this Wednesday at 4:00 pm.  For more information on the Global Scholars in initiative in Canada see the link below.
Posted by David Koyzis at 19:25