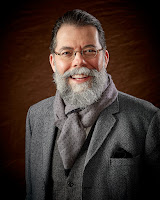 David Koyzis has been with Global Scholars Canada since 2019. He is an academic political scientist with a PhD in Government and International Studies from the University of Notre Dame, where he wrote a dissertation comparing the political thought of Herman Dooyeweerd and Yves R. Simon. David taught political science at Redeemer University College for thirty years, mentoring hundreds of young people who have gone on to contribute to public life in Canada and elsewhere. In recent years he has broadened his academic ministry through contacts in Brazil, Pakistan, Ukraine, Indonesia, Germany, Finland, and elsewhere.

Mission statement: My mission is to disseminate to the larger world the riches of a Reformed Christian worldview, especially as it impinges on social and political life. More specifically, I aim:

To facilitate these aims I anticipate using my two published books, Political Visions and Illusions (InterVarsity Press, 2019) and We Answer to Another (Pickwick Publications, 2014), and thirty years of teaching experience to reach interested readers in Canada, the United States, Brazil, and elsewhere; to teach seminar courses, both in person and online; to continue to publish in my field; and to travel when necessary.

Koyzis has published two books, one of which has been translated into Portuguese and Spanish: 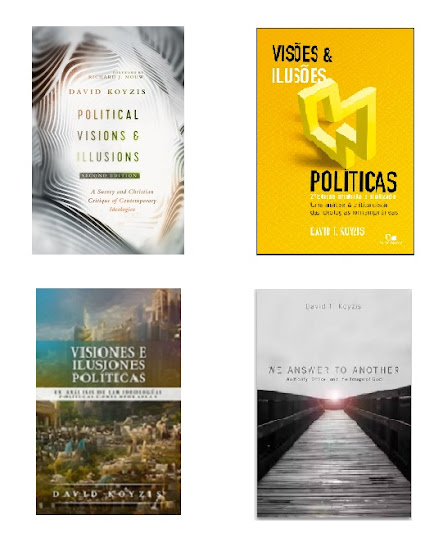 Commendations for Political Visions and Illusions

Definitely the best book I’ve read on the current state of political thinking happening among evangelicals in 2020. . . . I know I've said this before—but on politics, read David T. Koyzis's "Political Visions and Illusions". Very important to understanding the political ideologies at play in American culture. Christianity critiques them all.

If you want to have a coherent view of Christianity and politics . . . you need to read David Koyzis’ book. It’s the best book in Portuguese on the subject, and it will be one of the textbooks for our forum on faith and politics. In these times of ‘divided souls,’ this book presents a Reformed perspective on this complex relationship. Worth every penny!

Although the first edition of Political Visions and Illusions has already been praised in Brazil as an invaluable tool of Christian political formation, from young students and clergy to federal prosecutors and career politicians, the new edition confirms itself as a classic . . . . The new edition . . . carries the promise to be an even greater blessing for the Christian political mind.

It is a profound and at the same time accessible book. It is also balanced, and we sense the author’s quest to hear all the different positions. It is a book that invites dialogue without disparaging either side of the political spectrum. But above all, it makes us rethink our ideologies and where we place our hope, bringing us back to the centre of God’s will. Our trust must be in God, the one who redeems his creation. Our mission on earth is to reconcile all of creation, without leaving a single square centimeter out. This book helps to point the way for political action.

Thanks for this outstanding work. I wish I'd had this book in college. It would have given me the orientation I needed for a liberal arts education that took everything apart with no indication why or plans to put any of it back together!

Rereading Koyzis’ book not only reminded me of how helpful his work was in clarifying issues of faith and politics, but it also provided me the joy of discovering fresh insights from a book that, like all great books, continues to teach new lessons with each reading. Unfortunately, except within the small confines of the Reformed world, Koyzis’ neo-Calvinist approach to political philosophy is not widely known. Hopefully, with the latest edition of Political Visions and Illusions, Koyzis’ work will no longer be hidden underneath a bushel, but instead, its brilliance will reach a wider audience.

If you read only one book this year on the Christian's engagement in the political sphere I'd recommend David Koyzis' excellent 'Political Visions & Illusions' (IVP Academic).

InterVarsity Press put this video together for the second edition:

Vida Nova adapted it for the second Brazilian edition published in 2021:

Commendations for We Answer to Another: Authority, Office, and the Image of God

In this timely and highly valuable book, Koyzis exposes the problems and points the way to solid, balanced answers. The subtitle of We Answer to Another sums it up: 'Authority, Office, and the Image of God.' Humans have been created in the image of God and called to serve the Creator--the One to whom we are ultimately accountable. To exercise a responsibility is to hold an office of real authority as servant-stewards of one another. We can thus participate in holding one another accountable to the responsibilities of those offices. Sound old-fashioned? It's the most contemporary word of wisdom we and our neighbors throughout the world need to hear today!

Liberal societies, regarding themselves as premised on the generative moral autonomy of the individual, have a constitutive problem with authority--freedom needs no justification, only authority. In this highly illuminating, wide-ranging, and exceptionally clear book, David Koyzis shows how this view not only destabilizes authority but actually diminishes our humanity. Authority is not autonomy but 'responsible agency,' exercised individually and corporately in many diverse human settings--'offices'--that arise from our being created in God's image. Recovering authority as 'answering to another' makes us more, not less, human.

Every prior critical treatment of liberalism I’ve read has had a fundamental failure: it had no answer for why we should see individual liberties as goods worth preserving. Koyzis, it seems, does. . . . Color me deeply, deeply intrigued.