On holiday in 'the Boston States'

This is not my promised post on rest and leisure; these are more photos from our recent holiday in what (especially Atlantic) Canadians used to call "the Boston States." After Janine and Anthony's wedding, the three of us took a brief holiday to nearby Gloucester. 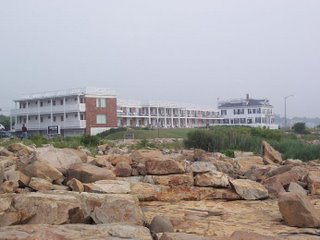 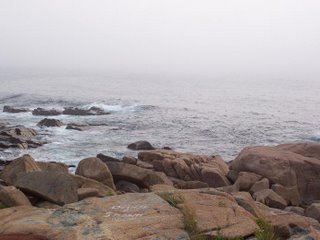 . . . which overlooks the Atlantic Ocean. 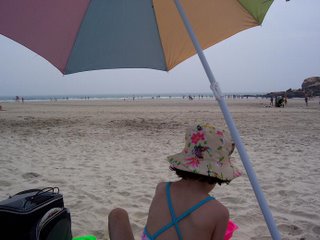 New Englanders chronically underestimate times and distances. We were told that the beach was a six-minute walk from the hotel. It was actually closer to 15 minutes — 25 minutes with a seven-year-old. 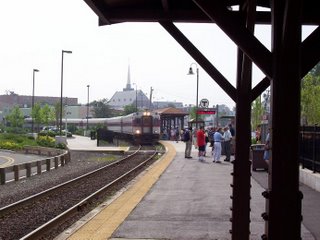 On wednesday we took the train into Boston. . . 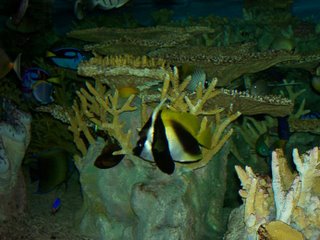 . . . to visit the New England Aquarium, a special treat for our Theresa. 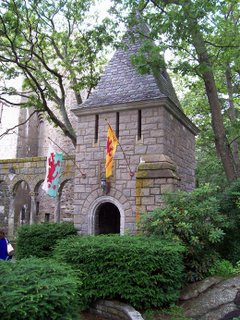 On thursday we visited Hammond Castle, Gloucester, where Nancy once had a graduation party after receiving her degree from. . . 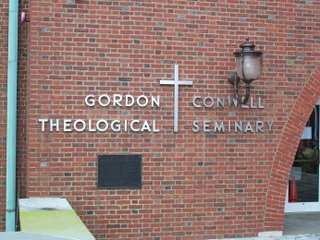 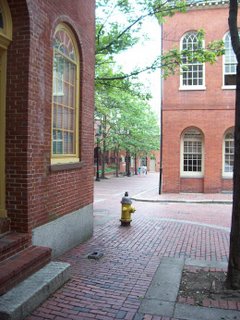 This is Salem, where Nancy lived during one of her seminary years. 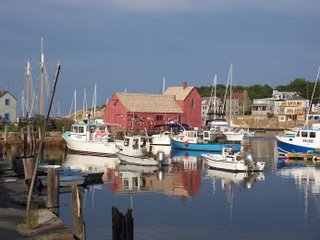 This has to be one of the most photographed buildings in the world. It's called Motif Number 1 and it's in Rockport. One of my sisters lived here during her studies at nearby Gordon College. Incidentally, Rockport is the basis for my notional cinematic horror sensation, Attack of the Killer Giftshops. I'm still trying to sell Hollywood on the idea.
Posted by David Koyzis at 16:07